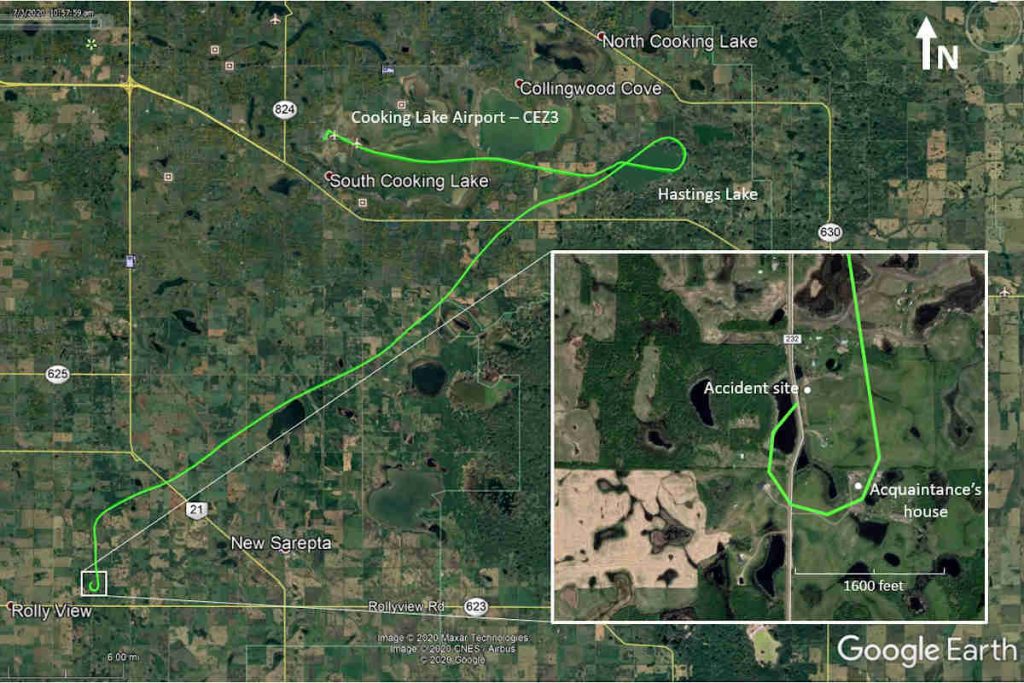 Transportation Safety Board of Canada released its investigation report (A20W0046) into the fatal mid-2020 loss of control and collision with terrain of a privately registered Murphy Aircraft SR3500 in Rolly View, Alberta.

Outlining the event, which claimed the lives of three people, Transportation Safety Board (TSB) explains that on July 3, 2020, an amateur-built Murphy SR3500 aircraft, also known as the Murphy Moose (high-wing 4-seat aircraft), departed Cooking Lake Airport in Alberta to conduct seaplane endorsement training. The flight included one pilot, one training pilot and one passenger. The aircraft was equipped with amphibious floats.

For details about the aircraft’s flight, weather during the event, how the aircraft stalled and entered a spin, as well as information regarding current seaplane rating training requirements, visit TSB’s investigation page for the full report.