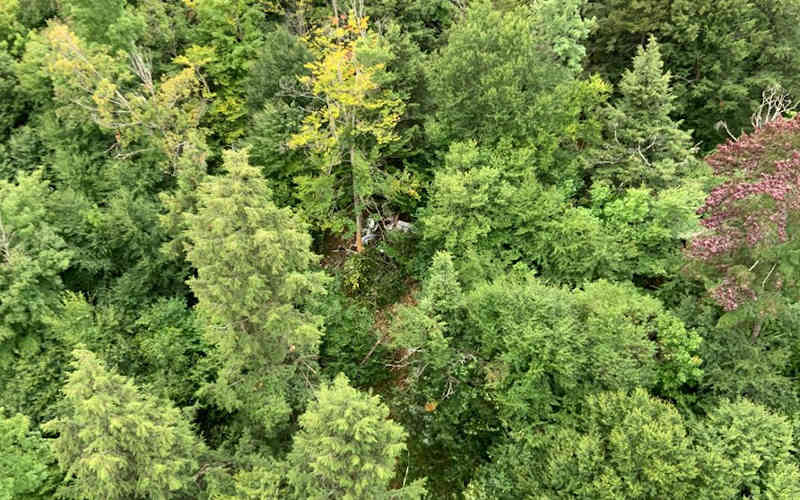 Transportation Safety Board of Canada on March 23 released its investigation report (A19Q0153) into a fatal loss of control and collision with terrain of a Cessna 172M aircraft near Racine, Quebec, in 2019. The investigation report, explains the Transportation Safety Board (TSB), highlights the risks of flying at night under visual flight rules (VFR), and the lack of clarity in Transport Canada (TC) regulations regarding visual references at night.

Outlining the accident, TSB explains on September 4, 2019, a Cargair Ltd. Cessna 172M aircraft departed Montréal International (Mirabel) Airport, Quebec, for a night VFR training flight to Sherbrooke Airport, Quebec, with only the pilot on board. At approximately 19 nautical miles (NM) northwest of Sherbrooke Airport, TSB explains the aircraft encountered instrument meteorological conditions (IMC) and disappeared from radar. The wreckage was found three days later, on September 7, 2019, in a heavily wooded area near Racine, Quebec. TSB explains the aircraft had struck trees and had been destroyed by impact forces. The pilot received fatal injuries on impact.

TSB notes its investigation found that when the plan for the night flight was reviewed by the flight instructor, the ceiling and visibility forecast were assessed as acceptable for the VFR night flight, and the training flight was authorized. Approximately 32 NM northwest of Sherbrooke Airport, TSB explains the pilot lost visual reference to the surface and descended to 3,000 feet above sea level to continue the flight towards Sherbrooke. According to TSB’s report, this descent to regain visual reference, and then to remain clear of cloud, was the first indication that the weather ahead may be deteriorating. After entering IMC, TSB explains the pilot was likely affected by an unconscious cognitive bias and her proximity to Sherbrooke Airport, Quebec, which led her to continue the VFR flight into deteriorating weather conditions.

As the aircraft neared the Sherbrooke Airport, TSB explains the pilot inadvertently encountered IMC for a second time, which resulted in a loss of visual reference to the surface. Given the established correlation between loss of visual references and a loss of control, TSB states it is highly likely that the pilot, who had limited experience flying by sole reference to instruments, lost control of the aircraft as a result of spatial disorientation.

TSB notes it has previously investigated a number of similar occurrences, including its recently released investigation report into a loss of control and collision with terrain of a privately registered Piper PA-32-260 (A19O0178). In 2016, TSB issued a recommendation (A16-08) for TC to clearly define the visual references required to reduce the risks associated with night VFR flights. TSB states, as shown in this occurrence, if the Canadian Aviation Regulations do not clearly define what is meant by “visual reference to the surface,” night flights may be conducted with inadequate visual references, which increases the risks associated with night VFR flight, including controlled-flight-into-terrain and loss-of-control accidents.