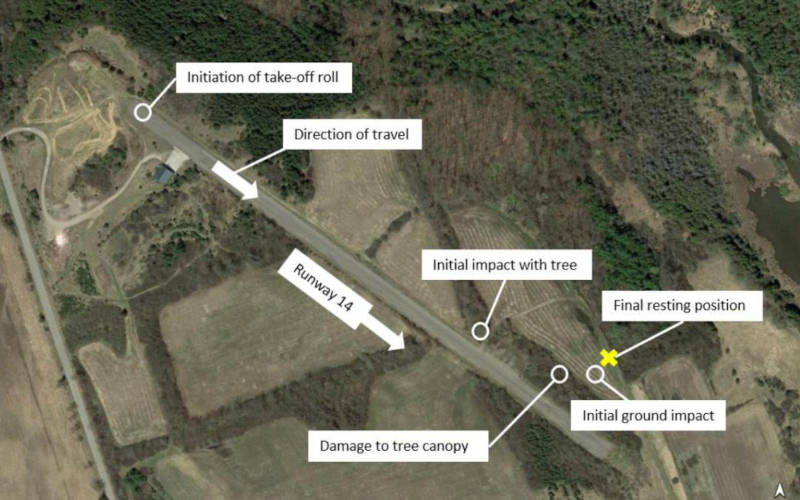 The Transportation Safety Board of Canada on December 6 released its investigation report (A22O0118) into the August 13, 2022, fatal collision with an obstacle on takeoff of a privately registered Piper PA-28-180 aircraft at the Canton Aerodrome in Ontario.

With the pilot and one passenger on board, the PA-28-180 was taking off on Runway 14 at Canton Aerodrome (CTN7) during daylight hours for a Visual Flight Rules (VFR) flight to Ottawa/Rockcliffe Airport (CYRO), also in Ontario. 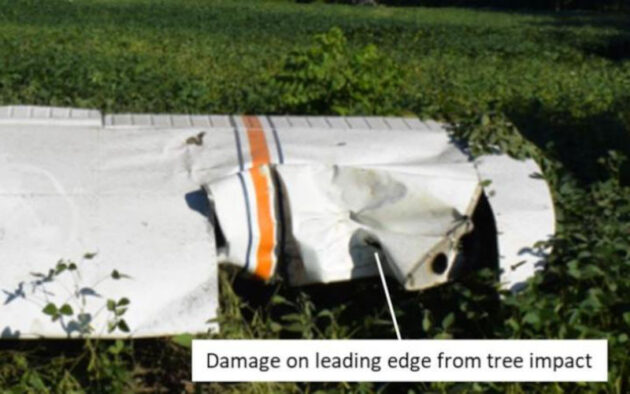 TSB reports the aircraft then struck multiple additional trees before colliding with terrain and came to rest approximately 220 feet to the left of the runway centreline. Both occupants of the aircraft were fatally injured despite wearing safety belts with shoulder harnesses.