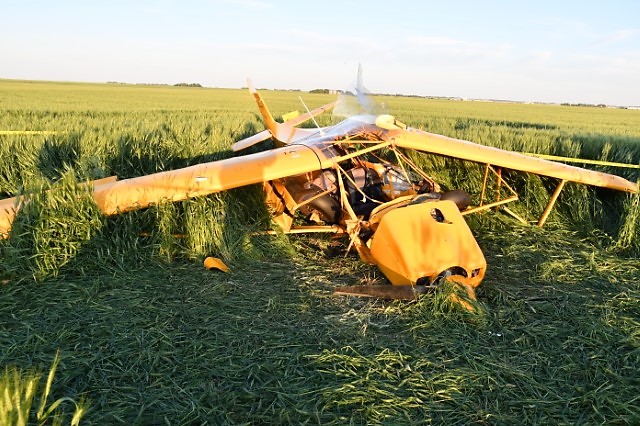 The aircraft at 9:55am departed a private airstrip approximately seven nautical miles (NM) east of Didsbury for a local recreational flight with the owner/pilot and a passenger on board.

The flight was conducted within 4 NM of the private airstrip at various altitudes up to approximately 1100 feet above ground level (AGL). Details of the flight path were captured by a portable GPS and investigators also obtained a smartphone video of the last minute of the flight recorded from inside the aircraft.

The pilot was conducting intentional stalls of the aircraft, first a power on stall at 1100 feet AGL, followed by another power-on stall at 900 feet AGL, when TSB explains the left wing dropped and the aircraft entered a left spin and eventually impacted a field 0.7 NM south of the airstrip at 10:14 am.

For more information on the investigation visit TSB’s website.