Pete McLeod had been impressing onlookers all week with his aggressive lines that dared closer than any other pilot to the mountainside trees at Austria’s Red Bull Ring. The Canadian’s brilliance continued in the opening round, where he delivered the fastest time of all 14 contenders and knocked out France’s Nicolas Ivanoff, the 2014 Spielberg winner, in a head-to-head battle. 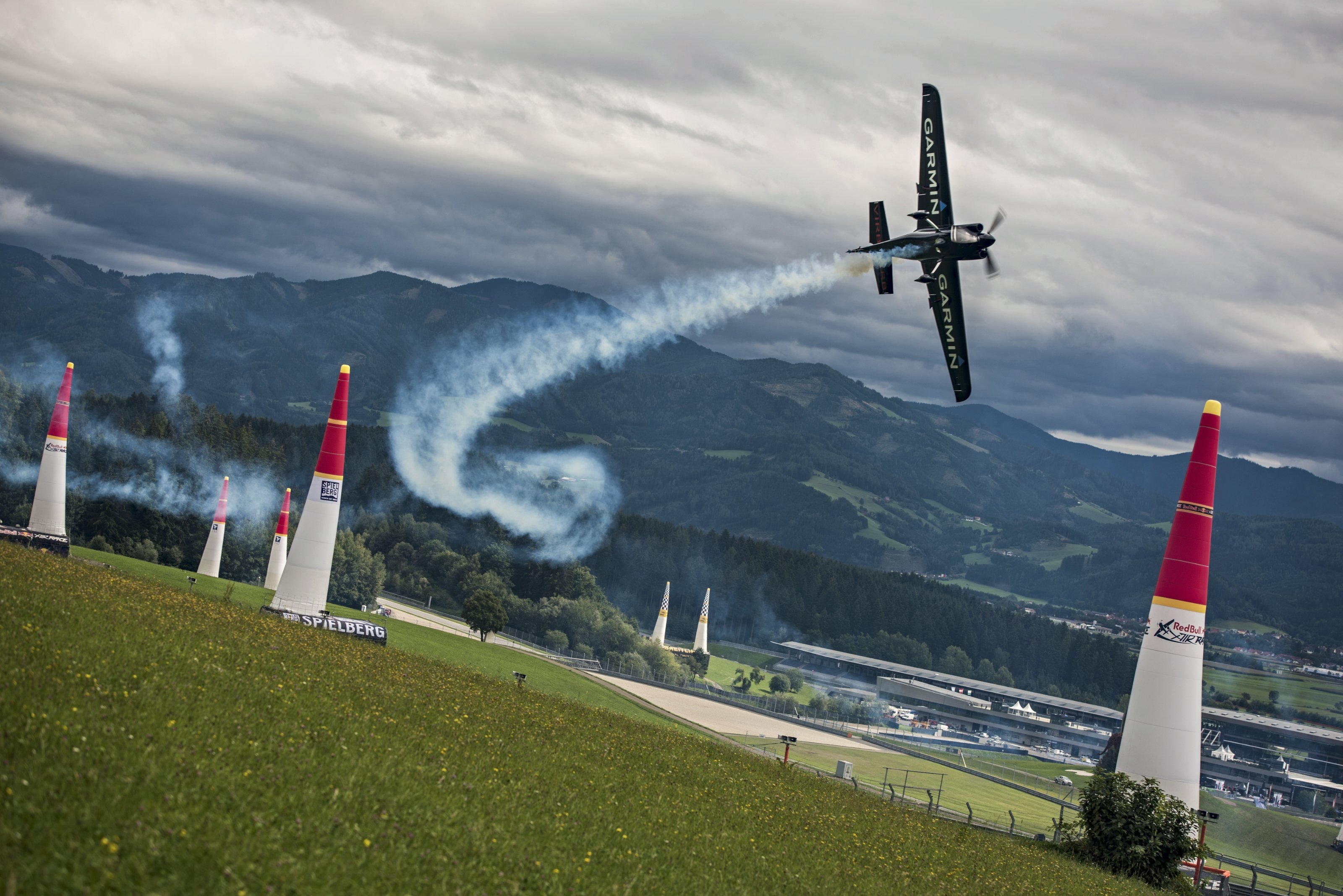 In the Round of 8, McLeod managed to fly cleanly again despite the crosswinds; however, the cagey Chambliss – a two-time titleholder known for his mastery of difficult conditions – was just .654 seconds faster, ending McLeod’s hopes to advance. It was Chambliss’s first Final 4 of the season, and the podium finish he went on to grab was his first since 2010.

“It was rough out there today, I took a more conservative approach in the Round of 8, but I was surprised with how slow my time was. I thought I had it in me to get into the Final 4,” said McLeod, whose fifth place Spielberg result was nonetheless a rebound from 13th at the previous race in Ascot, and moves him to fifth place in the overall standings. “The World Championship is gone now so it’s time to look forward, not just to the next race, but to next year. We’re looking at all the data we’ve collected to see what we can do in 2016.”

In the Red Bull Air Race, which is the official world championship of the Fédération Aéronautique Internationale (FAI), the world’s top pilots endure forces of up to 10G as they navigate as precisely as possible through a low-level slalom track marked by 25-metre high air-filled pylons.