In 1965, the first official Canadian flag flew over the Houses of Parliament, and the Twin Otter aircraft took its maiden flight. For the past 50 years, the Twin Otter has been an essential part of Canada's north due to its unique ability to perform reliably providing infrastructure support in the toughest and most challenging environments. 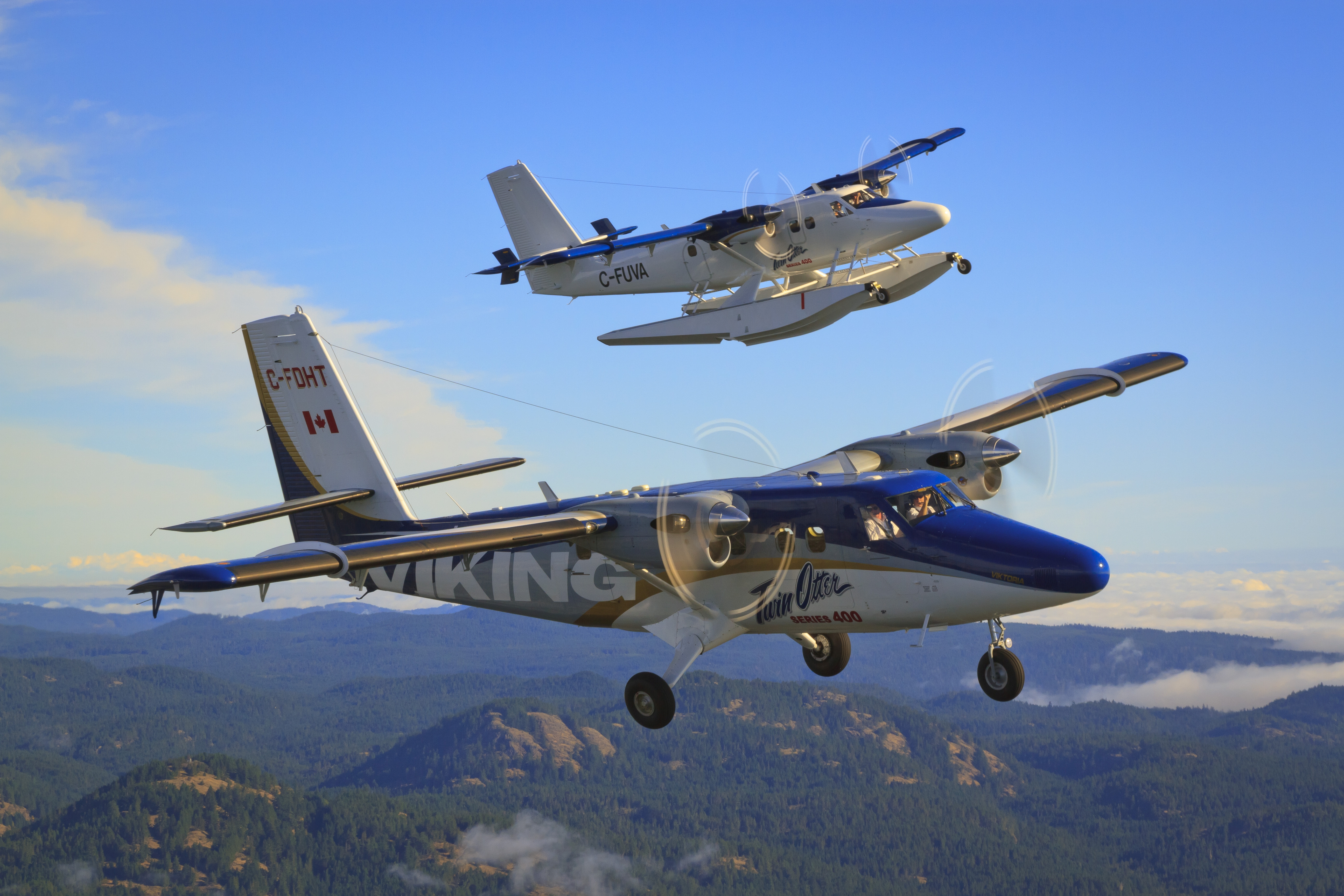 Viking pilots and dignitaries, along with a documentary film crew, will leave Victoria BC, and head to Yellowknife in two planes, including a Series 400 Twin Otter demonstrator affectionately known as “Viki.” The team will stop at 13 different northern communities and locations, including Canadian Forces Bases in Eureka and Alert.

“Whether on wheels, floats, skis or tundra tires, the Twin Otter has been a lifeline of transportation, community connection and commerce for isolated regions, not only in Canada’s north but around the world,” commented David Curtis, Viking president & CEO, who is taking part in the journey. “This tour is an opportunity to connect with some of our customers and view their operations first hand, so I’m excited to personally visit so many of these northern communities in one extensive trip.”

Sherry Brydson, chairman of the board of Westerkirk Capital, and her partner Rob McDonald, will also take part in the 17-day northern tour.

“The 50th Anniversary Celebration Tour is a way for us to pay tribute to the Canadian north and thank the valued pilots, passengers, owners, operators, mechanics and engineers who have contributed to the Twin Otter’s success,” Brydson said. “We hope to hear and document some of the unique and historic stories of residents who have been served by the Twin Otter since its first flight in 1965, and we’re really looking forward to meeting people across the north with Twin Otter tales to share.”

At 11 of the scheduled tour locations, a small celebration ceremony will be held at the local airport to recognize both the plane and the Canadian flag. In each of these communities, residents will be invited to view the Twin Otter Series 400 aircraft, share Twin Otter stories, and sign a wing rib for the 100th Viking production aircraft, scheduled to be built in 2016.

Said David Curtis, “We welcome all Twin Otter enthusiasts to join us at one of the scheduled celebrations and become part of the ongoing legacy of this remarkable aircraft.”