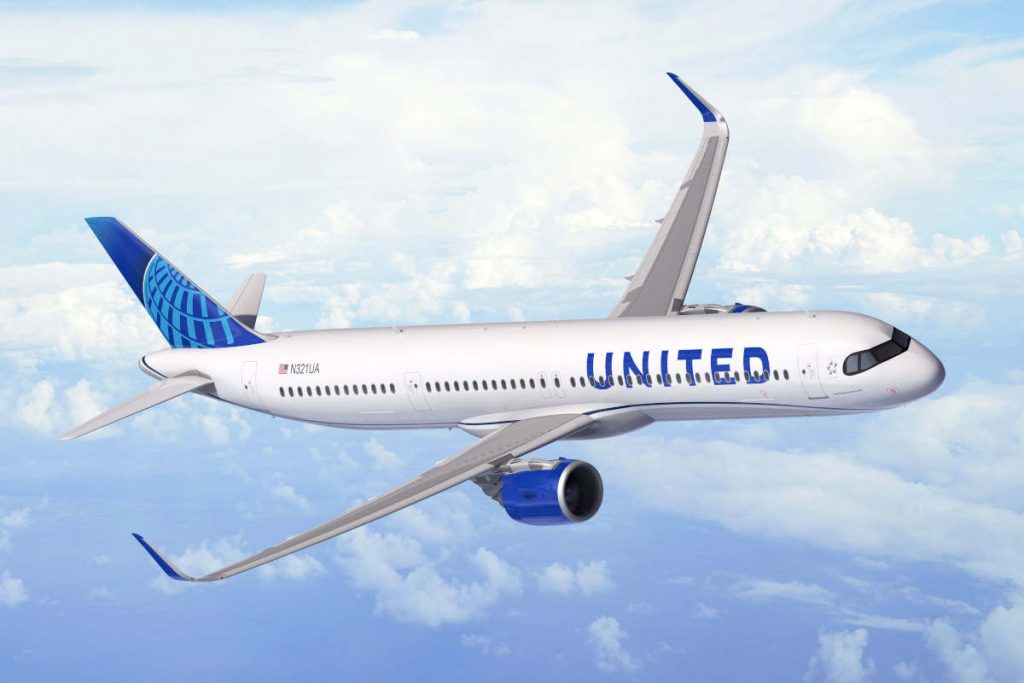 The A321XLR has a maximum takeoff weight of 101 metric tonnes, while takeoff, climb, and flight performance changes little from the A321neo. (Image: Airbus)

United Airlines has placed a firm order for 50 Airbus A321XLR aircraft, which the carrier relates to phasing out of older models and launching an expansion of transatlantic routes from key U.S. hubs in Newark/New York and Washington D.C.

United expects to take delivery of the first A321XLR in 2024 and to begin international service with the aircraft in 2025.

Airbus describes the A321XLR as the next evolutionary step in the A320neo/A321neo family of aircraft, meeting requirements for increased range and payload in a single-aisle aircraft. The aircraft maker also notes the A321XLR will allow service from the U.S. East Coast to a much larger selection of European destinations.

The A321XLR narrow-body airliner is rated for a range of up to 4,700 nm, with what Airbus states to be 30 per cent lower fuel consumption per seat when compared with previous-generation competitor jets.

At the end of October 2019, the A320neo Family had accumulated more than 7,000 firm orders from over 110 customers worldwide.