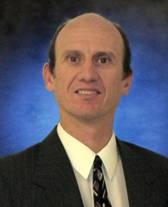 Dec. 10, 2008, Tucson, AZ – Universal Avionics Systems Corp. has named Sam Slentz to the new position of Chief Technology Director. Slentz is based out of Universal’s Research and Development Division in Redmond, Washington USA. In this new position, Slentz will develop strategies to address the evolving role of technology in the aircraft and the airspace system.

With over 35 years in the industry, Slentz brings experience with civil and military aircraft, design and development engineering, certification and safety engineering.

“As a member of our team, Sam’s experience, knowledge and insights will help evolve Universal products into the next generation and beyond,” said Frank Hummel, Universal’s Vice President/General Manager – Engineering of Universal’s Research/Development/Engineering Division.

Prior to joining Universal, Slentz worked for the United States Air Force, the Boeing Company, a previous period at Universal Avionics and the Federal Aviation Administration. He holds a Bachelors degree in Aeronautics and Astronautics from the University of Washington.