Urban Aeronautics launched what it describes as full-scale development for the CityHawk hybrid-power, eVTOL flying car, with Canadian partner Cert Center Canada on board to ultimately provide a transition to hydrogen propulsion after initial FAA certification. 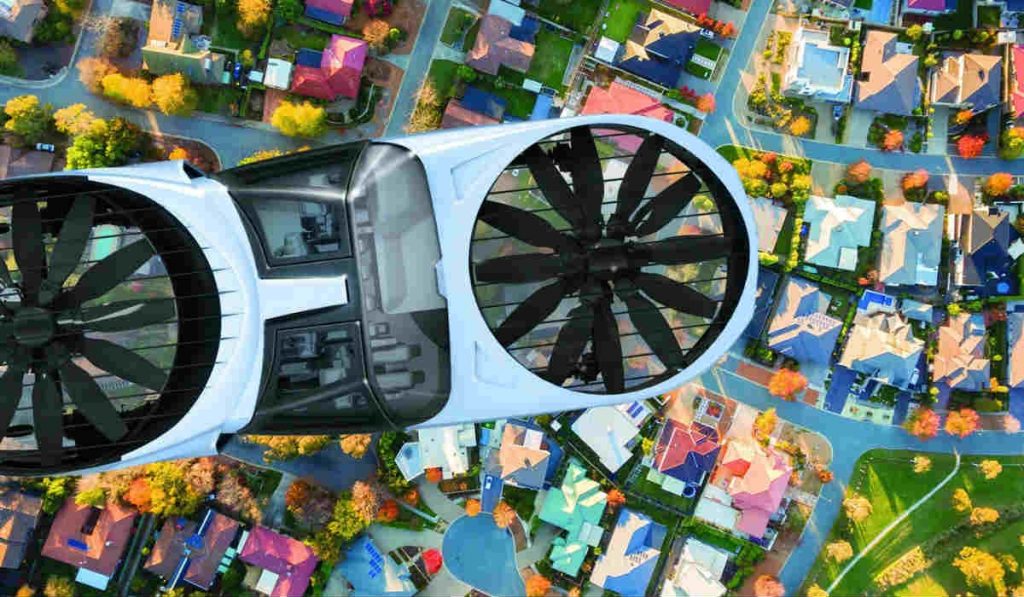 The vehicle will be developed at Urban Aeronautics’ subsidiary Metro Skyways based in Israel, with first manned flights projected to start at some point between 2021 and 2022, to be followed by FAA certification. Metro Skyways’ CityHawk is the first of two, hybrid-powered, manned Fancraft planned for development.

CityHawk, explains the company, is being designed as a true equivalent to a ground taxi or family sedan in both appearance and passenger capacity. The aircraft will feature a compact, wingless fuselage. Urban Aeronautics states it will be first in its class with genuine fly anywhere, land anywhere capability.

Initial development and testing will utilize two, 1,000-horsepower-class turboshaft engines coupled to electric power generators for operating the vehicle’s thruster propellers. Upon the issuance of an FAA Type Certificate for the basic air vehicle, in conjunction with Urban Aeronautics’ Canadian partner Cert Center Canada (3C), the company will transition the design of the main power supply for CityHawk to 100 per cent hydrogen propulsion.

Urban Aeronautics explains the pre-production “configuration freeze” for CityHawk is the result of having successfully completed a series of customer demonstrations of the company’s unmanned variant, Cormorant, at a second subsidiary called Tactical Robotics Ltd. The one-tonne Cormorant has so far completed 250 flights leveraging the technology that is behind both Cormorant and CityHawk.

CityHawk’s design is identical to the Cormorant’s configuration, but it will be equipped with two engines in order to conform with FAA’s existing commercial certification requirements, which call for the continuation of flight in the event of an engine failure. This safety feature is in addition to CityHawk’s ability to deploy a ballistic parachute in the event of a catastrophic failure.

CityHawk is designed to meet the current FAA requirements for twin engine helicopters (FAR 27). Urban Aeronautics says its main advantage over helicopters, as well as currently proposed eVTOL aircraft, is its car-sized dimensions. This is the result of its wingless, “rotorless” design, combined with its payload of up six occupants. All of the vehicle’s rotors are internal to the fuselage, which provides safety to ground personnel and noise reduction.