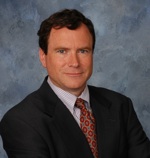 Despite endless reports of increasing used business jet inventories, Brian Foley Associates (BRiFO) expects a mid-year peak. “That’s not to say there will be an immediate decrease, just that it won’t get much higher” predicts president Brian Foley.  “At the peak, inventory levels will meander for a few months before falling somewhat by year-end.  Soon nearly 1 in 5 of the world’s active business jet fleet will be up for sale.”

Used prices will continue to drop after the inventory peak and then trough near year-end.  “It takes awhile for prices to adjust to supply, just as they recently took time to drop as inventories quickly rose. The most desirable equipment will slowly begin selling through the second half.”

One factor that’s exacerbating the used market is that a number of used aircraft that are listed for sale really aren’t.  “Some owners with no real interest in selling list them for sale anyway, either in hopes of getting an offer too good to be true or as a contingency in case things get worse.  Still others keep the plane for sale for political reasons.  Either way they’re doing themselves and the real sellers a disservice by keeping supply artificially high which results in further depressed prices.”

Foley remains hopeful for next year.  ”The market will further stabilize when those who have to sell get out of the market.  When the market turns, and it will, buyers will be taking advantage of the best pricing in years.  At the same time, other sellers will simply take their jet off the market as their improving balance sheets no longer justify having to dispose of it.

Manufacturers have serious pre-owned challenges before new sales can pick up again.  Not only does the historically high used inventory have to decrease (particularly younger aircraft), but customers selling new delivery positions have to sell.  Unsold new OEM inventory, known as whitetails, must also be cleared out. The wait will be financially excruciating.  “It’s not inconceivable that eventually the “Big 6” business jet OEMs become the “Big Sub-6”.

About Brian Foley Associates (BRiFO)
The Brian Foley Associates consulting practice is used by the investment community to provide market due diligence on business aviation companies and sectors.  They’re also used  by companies involved in the industry for strategic advice and market research.  It was formed in 2006 by industry veteran Brian Foley, a former officer at a major business jet OEM for over 20 years.  Through his affiliate, Mr. Foley is a licensed securities representative finding buyers and growth capital for business aviation companies.  For more information visit www.BriFo.com .