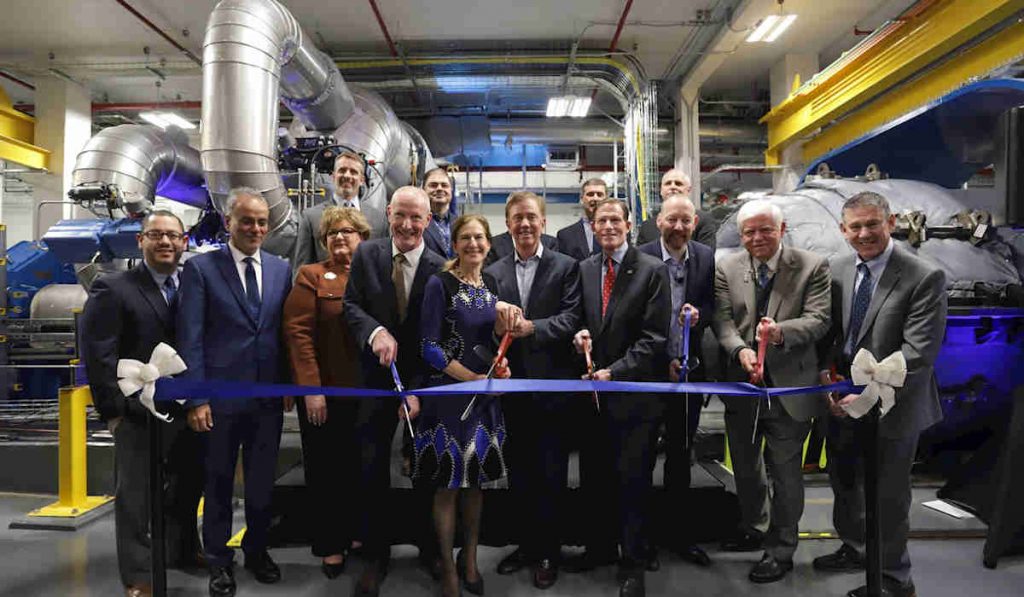 United Technologies Corp. unveiled a new US$40 million, 9,000-square-foot compressor facility at United Technologies Research Center (UTRC) in East Hartford, Connecticut. The company states the closed-loop facility is the largest system of its kind known today. It will be used for research, testing and experimentation on engines made by Pratt & Whitney.

With the new compressor facility being in close proximity with Pratt & Whitney’s headquarters, also in East Hartford, United Technologies Corp. (UTC) explains the new set up will allow for a more seamless transition from experimentation to product development of the next generation jet engines.

“This facility is a significant investment in technology as well as human capital right here in Connecticut, providing Pratt & Whitney engineers with access to full-scale compressor block testing that will fuel their research, innovation and expertise,” said Dr. Andreas Roelofs, VP of research at UTC’s research centre, which serves as the global innovation hub for UTC and its business units. “This new [US]$40 million closed-loop compressor facility allows us to better serve our aerospace and defence operations by helping to ensure that our jet engines are cleaner, quieter and more efficient.”

UTC explains the facility, designed for the ability to test and experiment with compressor components, holds a unique closed-loop system that improves test efficiency as it can operate without being impacted by fluctuations in climate or ambient conditions.

“For 95 years, Pratt & Whitney has designed jet engines that have defined and redefined aviation,” said Geoff Hunt, senior VP of engineering for Pratt & Whitney. “Innovation in jet engines is accomplished by continually investing in cutting-edge technology for our next-generation products. This facility will allow our engineers to continue developing market-leading products, such as the Geared Turbofan engine which powers the Airbus A320neo family aircraft and Embraer’s E2 family of jets, and the F135 propulsion system, which powers the F-35 Joint Strike Fighter.”

UTC states the compressor facility is one in a series of related investments, including a US$75 million Additive Manufacturing Center of Expertise (AMCOE) that opened in 2017 in East Hartford.