Viking Air Limited has announced the acquisition of the worldwide amphibious aircraft program from Bombardier. 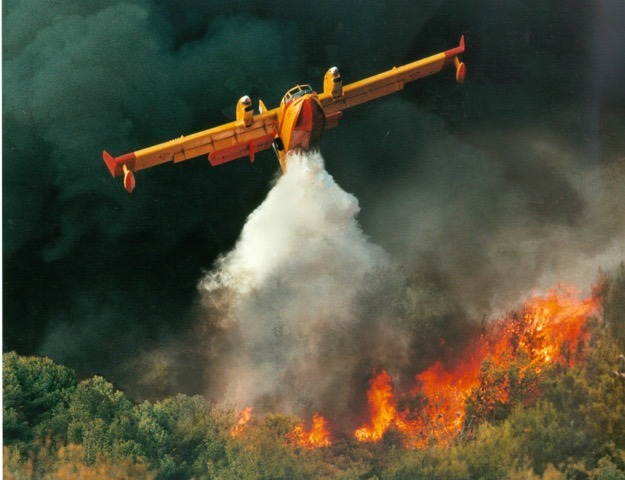 The amphibious aircraft program includes the Bombardier CL-415 waterbomber and its variants, as well as the earlier CL-215 and CL-215T versions. The Bombardier 415 is the aviation industry’s benchmark amphibious aircraft and the backbone of firefighting missions around the globe. Designed and built in Canada with a heritage that dates back almost 50 years, it is the only western aircraft purpose-built for firefighting.

The transaction will see Viking acquire the Type Certificates (manufacturing rights) for all variants of Bombardier’s amphibious aircraft, and assume responsibility for product support, parts and service for the fleet of some 170 waterbombers in service with 21 operators in 11 countries around the world. This follows Viking’s successful model of acquiring, supporting and sustaining utility aircraft programs, including manufacturing the world-renowned Twin Otter Series 400 aircraft. Viking will support the worldwide amphibious aircraft program from a newly acquired and specially repurposed 50,000 square foot facility in Calgary. Terms of the transaction were not disclosed.

“This acquisition expands Viking’s capabilities in product support and parts into another vital niche aviation segment, and ensures that a unique and important Canadian innovation stays in Canada,” said David Curtis, president and chief executive officer of Viking. “We are proud to add another iconic Canadian aircraft program to Viking’s stable – our aim is to take the 415 to its highest potential and keep these aircraft in service for decades to come. This transaction builds on our presence in British Columbia and Alberta and expands on the existing strengths of the western Canadian aerospace industry. At the same time, we will continue to rely on an extensive supply chain in Quebec and Ontario to support both the amphibious aircraft and Twin Otter programs.”

Today, Viking employs approximately 88 people in Calgary and more than 330 at its headquarters and facilities in Victoria. With this new program Viking expects to add up to 40 people to its workforce in Victoria and Calgary.

Viking’s new facility located near Calgary International Airport (CYYC) is in addition to the company’s existing 70,000 square foot facility at CYYC. Viking’s existing facilities in Calgary will be repurposed to accommodate existing Twin Otter activities, as well as the addition of the amphibious aircraft program.

Western Canada is today home to a number of Canadian aerospace companies and Viking is proud to support and participate in the growth of the industry in the region. Viking sells its products and services internationally, making an important contribution to Canadian exports and contributing Canadian innovation to the world.