Sept. 10, 2008, Victoria - ICAO, acting on behalf of the government of Argentina and the Argentine Aeronautic Administration, has awarded to Viking Air, the heavy maintenance contract for complete overhaul and engine upgrade for one of eight DHC-6-200 Twin Otters operated by the AAA. 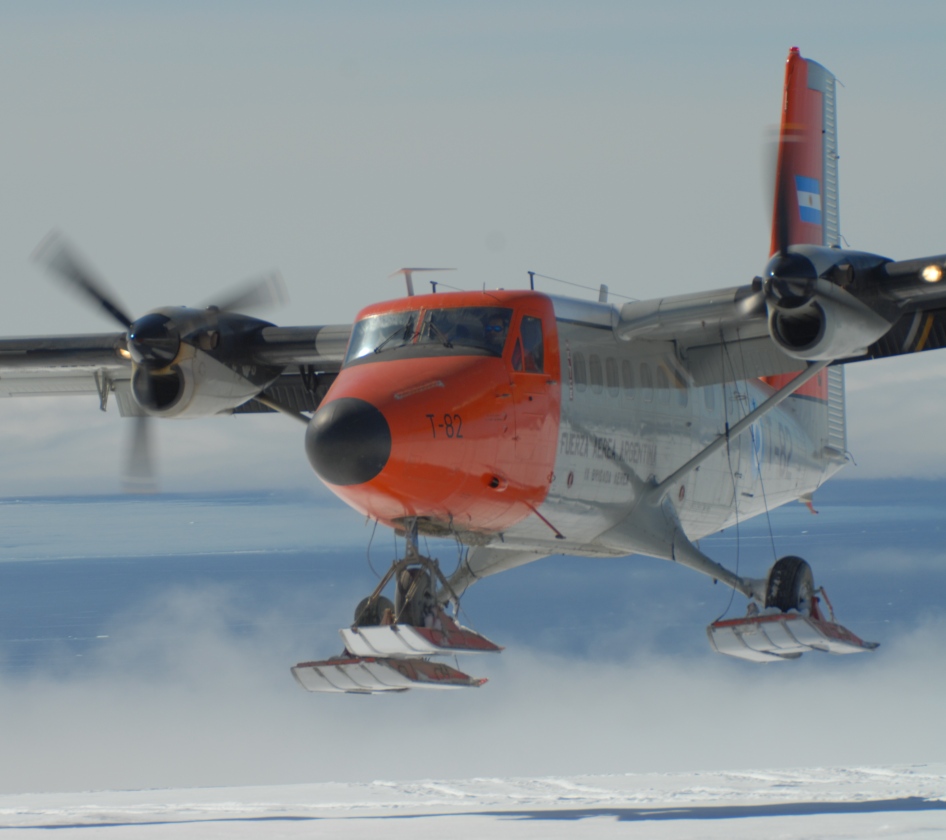 Sept. 10, 2008, Victoria – The International Civil Aviation Organization (ICAO), acting on behalf of the Government of Argentina and the Argentine Aeronautic Administration (AAA), has awarded to Viking Air Limited of Victoria, BC the heavy maintenance contract for complete overhaul and engine upgrade for one of eight DHC-6-200 Twin Otters operated by the AAA.

The contract will be carried out at Viking’s repair and overhaul facility at Victoria International Airport, and encompasses aircraft inspection and overhaul, major “D” check, installation of Pratt & Whitney Canada PT6A-27 engines and Hartzell 3 blade props, complete paint, flight testing and certification to return the aircraft to service.  Ted Gerow, Viking’s director of maintenance, will assist on site at the Quilmes, Argentina facility to disassemble the aircraft and prepare for shipping to Viking Air. The work is expected to commence in October 2008.

“We are honored to be selected by the Argentine Air Force (AAF) for this contract” commented David Curtis, Viking president & CEO, “and believe that this aircraft could lead to future opportunities with the AAF.  As the Twin Otter OEM we are best positioned to return the aircraft to like-new factory condition after 40 years of service and extend its life for many years to come.”

ICAO, a specialized agency of the United Nations, was created in 1944 to promote the safe and orderly development of international civil aviation throughout the world.  It sets standards and regulations necessary for aviation safety, security, efficiency, and regularity, as well as for aviation environmental protection.  The Organization serves as the forum for cooperation in all fields of civil aviation among its 190 Contracting States.

In preparation for the Twin Otter Series 400 Production Program, and worldwide support for the heritage Twin Otter fleet, Viking has tripled its manufacturing and assembly facilities with the addition of a brand new +/-84,000 square foot building at the Victoria, BC location and final assembly facility in Calgary, AB.  This increase will allow Viking to expand MRO capacity by over 100% within the next year at the Victoria facility, as well as provide for new contract custom configuration and special mission modification for Series 400 customers at the Calgary centre.  Staffing levels have also greatly increased to keep up with production, with over 130 new employees added in the past two years, and targets over 350 employees to be on staff by the end of 2008.

Viking provides OEM support for the worldwide fleet of de Havilland heritage line of aircraft (DHC-1 through DHC-7), and is part of Westerkirk Capital Inc., a Canadian private investment firm with substantial holdings in the hospitality, aviation and real estate sectors.