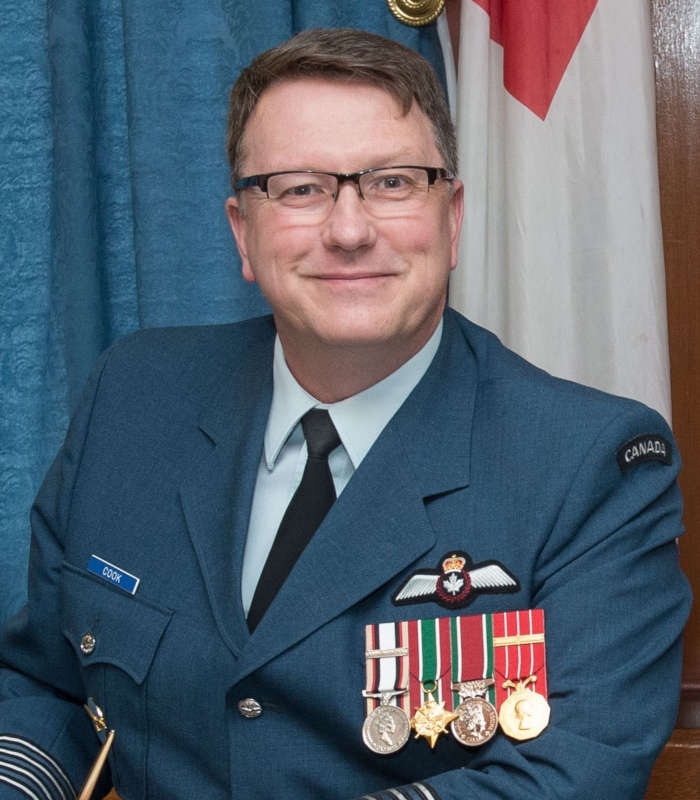 Cook earned his civilian pilot’s license in 1989 and his RCAF wings in 1993. Cook’s RCAF experience includes tours on the CT-114 Tutor in Moose Jaw, Saskatchewan, where he spent eight years both as a flying instructor and as a team coordinator with the Snowbirds – the first Canadian air demonstration team designated as a squadron.

Cook has three tours on the C130 Hercules in Air to Air Refueling, Tactical Air Transport and Strategic Transport roles. He commanded the A310 Airbus in the VIP Transport (Canada’s equivalent to Air Force One) flying the Prime Minister, Governor-General, the Duke and Duchess of Cambridge, and the Prince of Wales. He has more than 60 operational sorties in Afghanistan under his belt on both the C130 and A310.

“I’m thrilled to join the team at West Wind. We have an amazing team here with a culture of safety, service excellence, respect and integrity,” said Cook. “The sky is the limit for us as we plot our course to a successful company, built to stand the test of time. It is great to be embarking on my second career.”

In addition to his pilot experience, Cook’s understanding of management included his command of a deployed operational base in the UAE, an A310 squadron in Trenton, Ontario, and most recently 17 Wing Winnipeg, where he had both a C130 SAR and Air to Air Refueling squadron and a Twin Otter squadron in Yellowknife and a Dash 8 Squadron under his command.

Cook also commanded Canadian Forces Detachment Dundurn just outside of Saskatoon for the past three years. He holds a bachelor’s degrees in Biochemistry, English, and Education, a master’s degree from the USAF in Military Operational Art and Science and a diploma from the USAF Air War College.

“It used to be almost a mandatory in aviation to have had honourably served in the Air Force prior to joining commercial airlines. In fact, airlines were prone to picking the best and brightest with incredible, well tested, airmanship and navigational skills, to join the airline,” said Michael Rodyniuk, president and CEO, West Wind. “I am delighted to extend a warm welcome to Colonel Andy Cook who exemplifies these characteristics as he joins our executive team.”