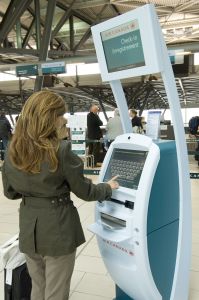 Major air carriers WestJet and Air Canada had fewer empty seats in December despite economic hurdles and one of the "toughest Christmas travel seasons in Canadian history.''

Calgary-based WestJet reported a load factor of 80.9 per cent for the month, up 1.6 percentage points from 79.3 in December 2007 as the airline increased capacity 10.6 per cent.

"These are very strong results, particularly at a time when there remains some degree of uncertainty in many areas of the economy,'' president and CEO Sean Durfy said in a statement.

Meanwhile, Air Canada reported a load factor of 81.7 per cent, up 2.9 percentage points from the same month a year earlier as it cut capacity 9.9 per cent, dropping system traffic by 6.6 per cent.

The main airline said its load factor for the month was 82.7 per cent, up 3.4 percentage points, while it flew 6.2 per cent fewer revenue passenger miles as capacity decreased 10 per cent.