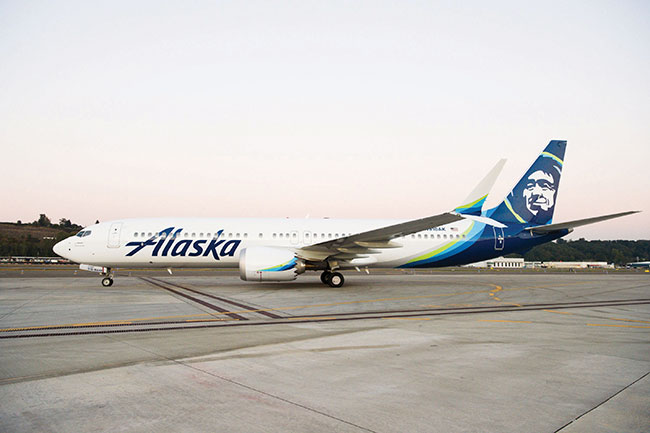 The thirst for the freedom to fly has not been overcome by the covid-19 crisis. PHOTO: Boeing

Canadians are itching to get out of the house and get away. Pent up demand, airline travel credits and bank accounts swollen by COVID-19 savings will drive the initial recovery in air transport, ending what has been described as the biggest shock to hit aviation since the Second World War. Especially here in North America, where a rebound in domestic air travel has lagged other jurisdictions, including China. But how soon, and are we looking at a bounce or a more gradual curve?

“People have not lost their desire to travel,” the International Air Transport Association (IATA), an industry group reports. “The market response to even small measures to lift quarantine is immediate and strong. Where barriers have been removed, travel rebounded. The thirst for the freedom to fly has not been overcome by the crisis.”

IATA predicts that passenger numbers will grow to 2.8 billion in 2021, returning to 2010 levels and 1.7 billion shy of 2019 before Covid-19 brought air transport to its knees. IATA is not expecting a return to pre-pandemic levels until 2024, although some analysts predict the rebound will be quicker. Much depends on the severity of a third wave, the lifting of border restrictions and how quickly we can get the vaccine into arms. Based on the pace of vaccinations, Brian Pearce, IATA’s chief economist says it will only be in late 2021 and in 2022 when air travel rises back substantially.

One of the likeliest trends in any early rebound is that it will be short. Insomuch as short-haul routes will fill up first, led by the so-called VFR (visiting friends and relatives) and leisure markets. Good news for low-cost operators as these are typically price-sensitive travellers, which creates an interesting situation in Canada that is poorly served in the ultra-low-cost carrier (ULCC) sector despite the arrival of Swoop and Flair. Retiring Air Canada chief executive Calin Rovinescu once hinted at deploying Rouge, its low-cost leisure airline, on inter-Canada routes in response to local ULCCs. Could lower-cost Rouge A320s be a part of Air Canada’s domestic ramp up, at least over the short-term? Business travel is expected to be a laggard in the rebound, although expectations for virtual meetings post-pandemic (like the number of employees who will continue to work from home) is highly exaggerated and expect airlines to go hard to expose the limits of technology. Many airlines expect a gradual return to the business-class cabin, followed by a burst as the same pent-up demand that drives the VFR and leisure sectors will influence business travel.

Covid-19 will both support and challenge many current trends in flight operations. The Airbus A380 and older wide-body aircraft have been casualties of the pandemic. The shift away from wide-bodies for longer-range, single-aisle aircraft such as the Airbus A321 LR will accelerate as airlines right-size fleets. Point-to-point service may also be slow to return, which is good news for hub airports such as Toronto Pearson.

“We are going to see hubs being of renewed importance as I think we are going to see fewer city pairs with sufficient passenger flows to justify lots of point-to-point services,” Pearce said at IATA’s annual general meeting in November.

And then there is the cost. It will be expensive taking aircraft out of storage and re-starting operations. This expense could not come at a worse time. While IATA expects an industry return to ‘cash positive’ in late 2021, it sees airlines still burning through cash, at least in the first six months. “We are projecting a further US$60 to $70 billion of cash burn, as airlines struggle to restructure costs to match the halved revenues the industry faces,” Pearson told a conference in November, suggesting that more government money might be needed, outside of the US$173 billion that has already been poured into keeping the industry afloat.

IATA is already critical of what it sees as Canada’s failure to provide “concrete support measures” for the airline industry. “The government has been stating for months that it is working on a vital support package for Canada’s airlines. It has failed to deliver thus far,” Peter Cerda, IATA’s regional VP, Americas said in December.

Air transport will recover, but pulling out of the tailspin will take time and is vulnerable to many factors outside of the industry’s control, including a global recession and vaccine distribution. Not enough Canadians will have been vaccinated in the first half of 2021 to support air travel, suggesting that a jab will be less of a factor in the early days of the recovery.

David Carr is a former long-time editor of Wings and Helicotpers magazine.