Sporting a new engine, new cowling, new gear, fuel tanks, avionics, and awaiting a new interior and fresh paint, the only Windecker Eagle in the world is headed for airworthy status again . . . after a half century of neglect. The restoration, a project commissioned by Wei Hang, a Chinese entrepreneur, is bringing back the first composite aircraft certificated by the FAA. 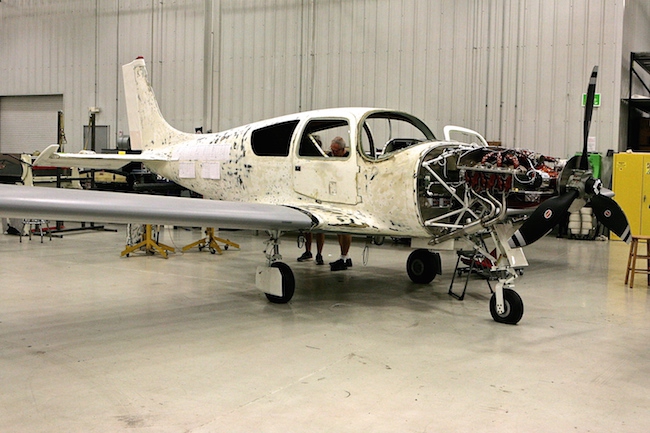 The rebuild has taken longer than anticipated with little more than the original fiberglass airframe remaining. “We found that virtually every piece of metal in the airframe had to be replaced,” said Don Atchison, head of the restoration team. “Remarkably, the fiberglass held up due to a UV protective coating that was applied at the time of manufacture. What’s fascinating is the list of new equipment that’s going into it. When it takes the active runway again, perhaps in the later summer, early fall, it will be fascinating blend of the oldest composite airframe in the world enhanced by the most modern technologies in avionics and subsystems.”

The Windecker Eagle has four seats, a 1,400 pound useful load, an 84 gallon fuel capacity and it will cruise at 170+ KTAS. Here’s what will be new when it flies again: