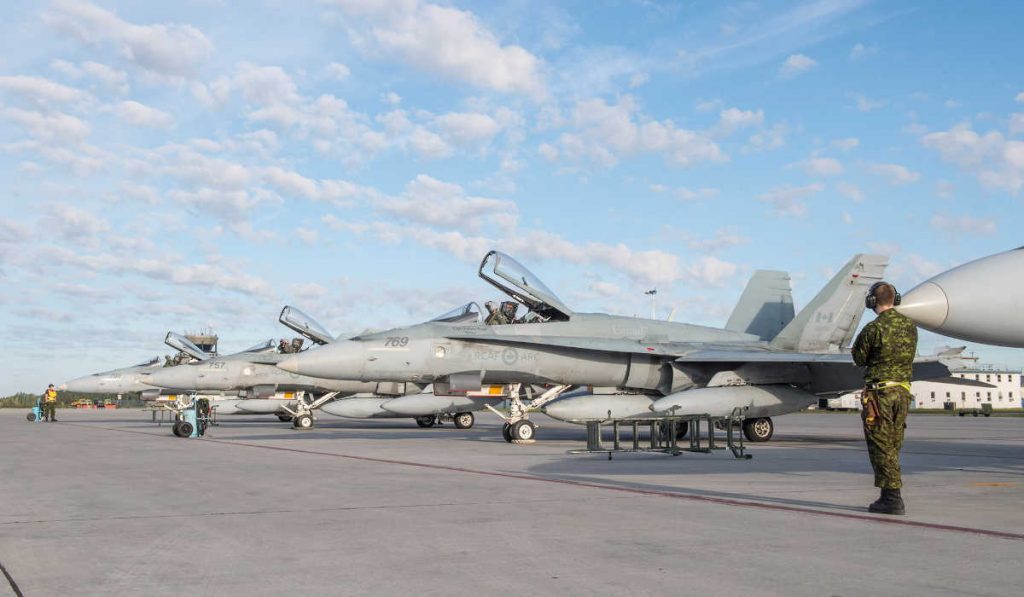 OTTAWA — Donning masks alongside poppies in the November chill, Canadians returned to cenotaphs and monuments across much of the country on Thursday morning to remember and pay their respects to those who fought and died in service of the country.

This year’s Remembrance Day ceremonies stand in stark contrast to last year when organizers discouraged people from attending in person because of the second wave of COVID-19.

Since the country’s founding, more than 2.3 million Canadians have served in uniform, and more than 120,000 have made the ultimate sacrifice. Gov. Gen. Mary May Simon noted that many of those who did come home were not the same people they were before.

May Simon, who wore the uniform of the Royal Canadian Air Force, attending her first Remembrance Day as the country’s commander-in-chief, acknowledged the long history and sacrifice of Indigenous Peoples in uniform.

She noted that this year marked the 70th anniversary of the Battle of Kapyong during the Korean War and 15 years since the first Canadian woman died in combat, Capt. Nichola Goddard.

“It is important to learn about the stories of soldiers, past and present,” May Simon said in a statement. “Though some stories may be hard to hear, it is our responsibility to bear witness. Our hope is that by recalling past sacrifices, we can look to a peaceful future. It is up to all of us. It is in our hands. It is our duty to keep the memory alive.”

This year’s Remembrance Day also marked the centenary of the poppy being the symbol of remembrance in this country, inspired by John McCrae’s legendary poem, “In Flanders Fields.”

In the national capital there was a return to some semblance of normalcy as crowds gathered around the National War Memorial, and veterans spread out in front of the monument.

There was again the reading of the Act of Remembrance in English, French and an Indigenous language, which this year was the Metis language of Michif.

Some restrictions nonetheless remained as COVID-19 continues to pose a threat, with masks and physical distancing requirements in place for anyone in attendance.

The Royal Canadian Legion, however, had to again cancel the traditional veterans’ parade in Ottawa, which has in the past seen elderly veterans from the Second World War and Korea march alongside counterparts from more recent conflicts and operations.

Some Legion branches across the country also avoided in-person events for a second year because of the pandemic, leading many more Canadians to watch their local ceremony on TV or online.

“Our veterans and those serving today represent the very best of what it means to be Canadian,” Conservative Leader Erin O’Toole said in a statement. “Their selflessness and courage serve as an inspiration to all of us.”

There had been questions ahead of this year’s event around whether the government would keep flags at half-mast, as they had been since May in memory of Indigenous children who died attending residential schools.

But the government opted on Sunday to raise the flags back up to their full height before lowering them again on Monday in honour of Indigenous Veterans Day. They were lowered again on Thursday.

NDP Leader Jagmeet Singh in a statement praised those who have served the country, and called on the government to do more to improve the lives of veterans.

“They are there to support others, whether they’re called on to care for seniors living in long-term care homes during the worst of the pandemic, or making invaluable contributions to help in global crises,” Singh said.