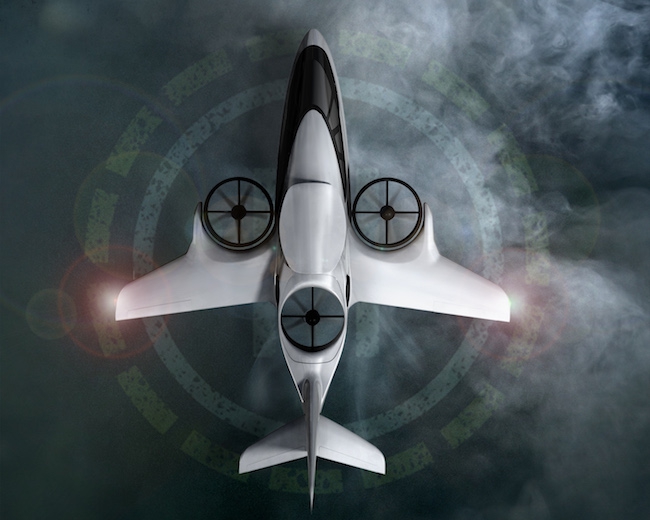 This follows the earlier announcement by XTI that it will build, test and fly the subscale as its first prototype or technology demonstrator within two years from now.  According to XTI’s Chief Engineer, Dr. Dennis Olcott,

“XTI selected Honeywell because the HTS900 turboshaft is the newest addition to Honeywell’s family of engines incorporating a next-generation dual-centrifugal compressor architecture. Honeywell has been powering business aviation for more than four decades, and its engines provide exceptional efficiency, reliability and performance.”

The TriFan 600 is a six-seat aircraft that will have the speed, range and comfort of a business jet and the ability to take off and land vertically, like a helicopter. Using three ducted fans, the TriFan 600 lifts off vertically and its two wing fans rotate forward for a seamless transition to cruise speed, at 400 miles an hour and a range of up to 1,600 miles.

XTI will build an operational propulsion jet stand that will house the Honeywell engine, drive train system, fans and flight controls. Once these important milestones are reached, XTI will complete development of the two-thirds piloted flying prototype.

XTI launched a formal stock offering in January 2016 under SEC Regulation A+, which is open to all investors around the globe. Shares may be purchased at www.startengine.com/startup/xti. In February, the company announced that it will establish an over-the-counter secondary market for all Reg A+ investors later this year to provide liquidity for shares purchased in this offering.

XTI’s equity crowdfunding campaign is one of the first ever to move from testing the waters to a live offering. XTI is offering a unique opportunity for the general public to invest in an aerospace company with a game-changing product, a world-class leadership team, and significant growth potential.