News
You are invited! 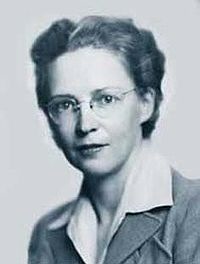 March 11, 2009 – The Ninety-Nines, Inc., First Canadian Chapter is pleased to announce the “Elsie MacGill Northern Lights Award” which will be given at an evening of recognition this coming fall.

The Ninety-Nines, Inc., First Canadian Chapter is pleased to announce the “Elsie MacGill Northern Lights Award” which will be given at an evening of recognition this coming fall.  Details will be announced in a later in the year.

Elsie MacGill is acknowledged as the first woman aircraft designer in the world.  She is a Canadian who designed a plane called the Maple Leaf II and was pivotal in the production of the Hurricane aircraft in Canada during WWII.  Elsie also served on the Canada’s Royal Commission on the Status of Women in 1975 which led to major improvements in the lives of women.  Despite a disability caused from polio at a young age, Elsie went on to make very significant contributions to aviation and women in Canada.

It is an appropriate name for this award, which will be given annually to a Canadian woman who has made a significant contribution to any facet of the aviation and aerospace industry in Canada.

Ninety-Nines, COPA members and all friends of Canadian Aviation are invited to submit nominations for this year’s award.  The submission deadline is May 15 and the recipient will be named in June.  Please submit your nomination by e-mail to: northernlightsaward@gmail.com