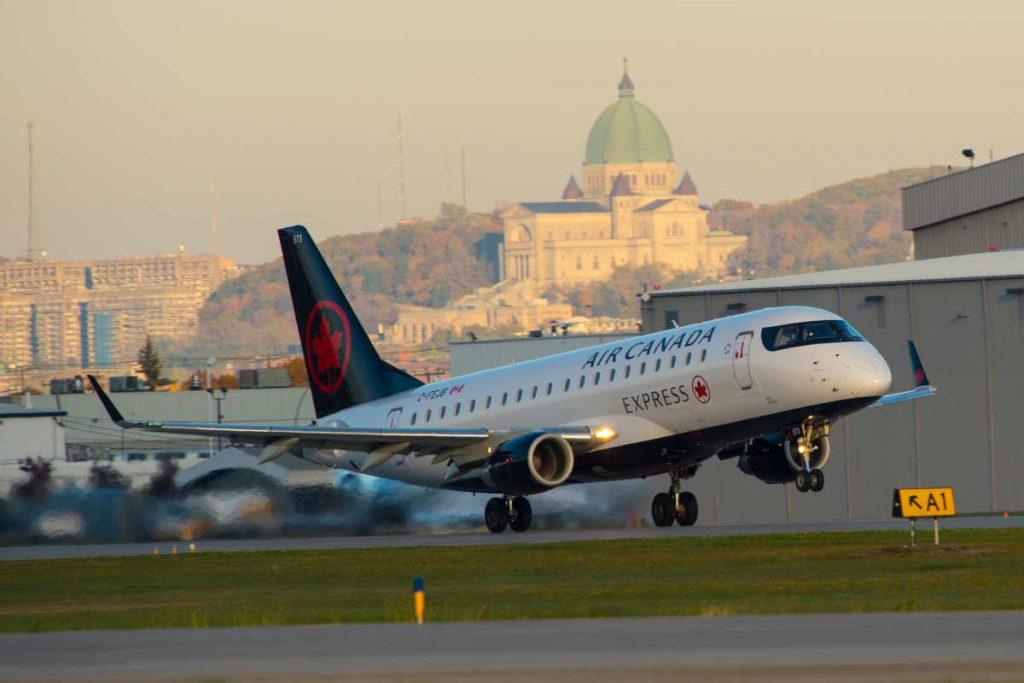 Air Canada is anticipating a recovery in demand in the coming months as travel restrictions are eased and leisure passengers look to get away after being grounded by COVID-19.

Although overall bookings remain below pre-pandemic levels, customer interest began to increase in June with the elimination of quarantines for fully vaccinated returning Canadians and the removal of other travel restrictions.

“We can now optimistically say that we are turning a corner, and we expect to soon see correlated financial improvements,” CEO Michael Rousseau said Friday during a conference call.

“Indications are that the worst effects of the COVID-19 pandemic may now be behind us. Based on what we are seeing in other markets that are further along in reopening in Canada, we anticipate travel will resume at a quickening pace.”

Rousseau said bookings are steadily increasing for domestic, transborder and Atlantic markets as well as to sun destinations for the coming winter. Future bookings In some weeks of June were ahead of the same period in 2019.

“We expect the most recent announcements of the Government of Canada relaxing existing measures will further help strengthen the interest of our customers in flying again.”

Current demand is largely for leisure and visiting friends and family, but Air Canada expects to see a progressive return of corporate demand in September and October, added chief commercial officer Lucie Guillemette.

That could be aided by the ability of Canadian passengers to rely on COVID tests taken in Canada for trips of less than 72 hours.

“We are encouraged by some of the commentary from our peers in the United States with regards to overall business travel recovery,” she told analysts.

Guillemette said that rebuilding its U.S. operations as the largest foreign carrier is key to its recovery. That will also expedite the recovery of international long-haul operations as it seeks to achieve or exceed its share of the U.S. long-haul global market.

The Atlantic business will recover quicker than the Pacific or Latin America because of high vaccination rates, strong cultural and business connections with Europe and strong leisure interest from Canadians.

“We are already observing healthy demand signals for Europe into 2022,” she added.

Revenues during the three months ended June 30 surged 58.8 per cent to $837 million from $527 million in the second quarter of 2020. Passenger revenues more than doubled to $426 million from a year ago which marked the first full quarter to be impacted by the pandemic. Cargo revenues increased 33 per cent to a record $358 million.

Air Canada was expected to post $2.76 per share in adjusted profits on $848.2 million of revenues, according to financial data firm Refitinitv.

The country’s largest airline increased its seat capacity by 78 per cent compared to the same time last year, and was down 86 per cent from the second quarter of 2019. It plans to increase available seat miles in the third quarter so capacity will be 65 per cent below the same period in 2019.

In August, its domestic capacity is expected to be about two-thirds of what it was in 2019.

“The third-quarter outlook pointed to healthy demand recovery and a significant improvement in daily cash burn,” Walter Spracklin of RBC Dominion Securities wrote in a report.

Air Canada says it has refunded about $1 billion for non-refundable tickets and expects to pay an additional $200 million in the third quarter, which will be covered by the federal government’s $1.4 billion refund credit facility.

The airline says it has recalled about 2,900 employees in June and July as it restores service this summer to destinations, particularly in Canada and the U.S. More workers will be called back for the fall season.

Air Canada has retained about half of its workforce, including the vast majority of pilots who have remained current and ready to fly when conditions warrant.

While it works to rebuild operations, the airline said it is also preparing to meet the challenges from increased competition stemming from expansion plans for Porter Airlines and Flair Airlines. Porter plans to add jet service from several gateways, including Toronto’s Pearson airport, in the second half of next year, while Flair is adding aircraft and routes.

“We certainly welcome healthy competition. but suffice to say, we will be ready to deal with that situation,” Rousseau said of Porter.

He also said the failed purchased of Transat may have been beneficial long-term, but it would have been very difficult to integrate while also focusing on the post-COVID recovery.