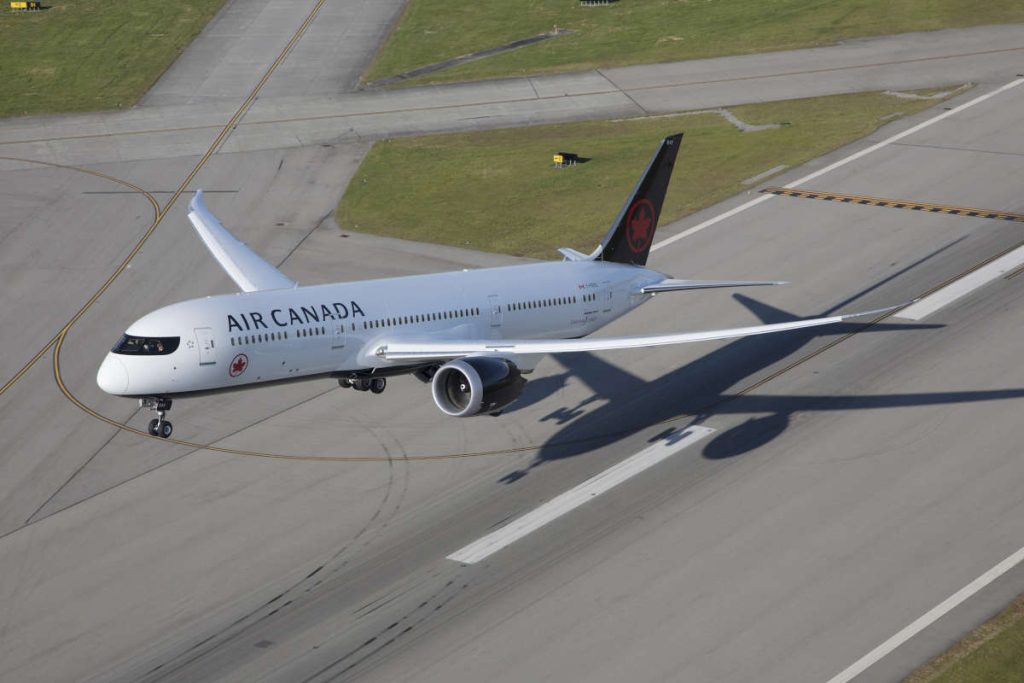 “We’re not seeing any evidence of a slowdown,” he said during a conference call Tuesday, but acknowledged the recent “difficult period for some of our customers.”

The CEO’s comments come after months of global industry turbulence as airlines, airports and governments struggled to cope with a massive travel resurgence that unleashed scenes of chaos in terminals worldwide and hit Air Canada’s bottom line as it spent money to accommodate delayed passengers.

With summer travel season nearly back in full swing, the Montreal-based carrier said it plans to push capacity to 79 per cent of pre-pandemic levels in its third quarter from 71 percent in the most recent quarter, even as the projected per-customer cost for the year surged past its recent forecasts.

However, advance ticket sales hit 94 per cent of 2019 levels and remain strong despite recession alarm bells, the company said.

Customer volume shot up to 9.1 million passengers in the quarter ended June 30. Passenger revenue topped 80 per cent of 2019 levels, partly because higher fuel costs were passed on to passengers; the airline spent 45 per cent more on jet fuel for the quarter despite a flight schedule 20 per cent smaller than three years prior.

Staff numbers closed out the quarter at 90 per cent of the pre-pandemic payroll, Air Canada reported, saying it has “doubled down” on hiring and training since last autumn. The airline boasted 21,300 full-time workers as of September 2021, and finished June with 29,500.

“But despite all the planning, the increased traffic has created difficulties for all participants in the air transport system, a situation that we’re seeing around the globe,” Rousseau said.

He said “we deeply regret” the disruptions passengers have endured, while chief operations officer Craig Landry offered an apology for the lack of “operational stability.”

But Landry also pointed the finger at various industry players for the cascade of cancellations and other hiccups, citing staff shortages in areas ranging from security and customs screening to food. Mechanical failures in airport baggage systems also played a role in the constant luggage mishaps that have plagued passengers in recent months, he added.

As travellers returned — and faced nerve-fraying delays — the cost of covering their hotel stays, food vouchers and late luggage deliveries contributed to a heftier per-customer cost.

“There was a lot more money paid to either re-accommodate passengers or to look after them,” said Robert Kokonis, president of Toronto-based consultancy AirTrav Inc.

“Anybody that touches Pearson, Montreal, to a lesser degree Vancouver, it’s a disaster.”

Rousseau cited “all of the various passenger-related expenses” as well as wages — staffing shortages have necessitated more overtime rate payments, unions say — but said the “second half of the year will be where we make it all up.”

The difficult summer ramp-up pushed Air Canada and Toronto’s Pearson airport to the very top of global flight delay lists, with Canada’s largest airline frequently reaching No. 1 for percentage of delayed trips — up to two-thirds of scheduled flights on some days — in June and the beginning of July.

However, its performance has improved markedly in the past four weeks after the company scaled back its ambitious rebound plans and slashed more than 15 per cent of its scheduled flights in July and August, affecting hundreds of thousands of customers.

While leisure travel has come roaring back, corporate trips have been slower to return, climbing from 40 per cent of pre-pandemic volumes in March to more than 60 per cent by the end of June, Guillemette said.

“The choppiness of the recovery is not entirely unexpected,” RBC Dominion Securities analyst Walter Spracklin wrote to investors, noting that Air Canada executives “implied that the worst is behind us.”

Demand in both areas fell off sharply in March 2020 after COVID-19 border restrictions brought the aviation world to a screeching halt.

Until July 5 of last year, fully vaccinated Canadians had to quarantine for at least eight days upon arrival, and until April 2022 had to present a negative COVID-19 test in order to enter the country.

Fully vaccinated Americans could not cross the border for non-essential reasons until Aug. 9, 2021, a measure that was lifted for citizens of other countries four weeks later.

The year-over-year comparison was particularly stark this quarter. Air Canada reported a second-quarter loss of $386 million compared with a loss of $1.17 billion a year earlier, when extensive travel restrictions were still in place. Revenue totalled $3.98 billion, compared with $837 million during the same time last year, a 375 per cent leap.

The Montreal-based carrier said its loss for the three months ended June 30 amounted to $1.60 per diluted share, compared with a loss of $3.31 per diluted share in the second quarter of 2021.

The outcome fell 94 per cent below analysts’ expectations of 83 cents per diluted share in losses, according to financial data firm Refinitiv.