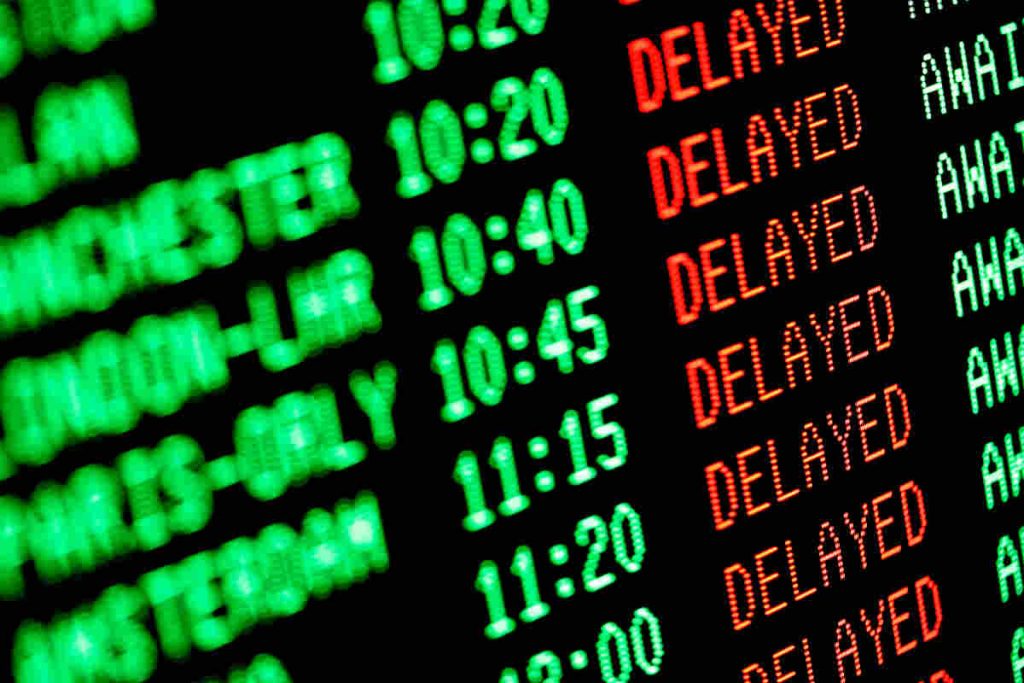 At least 3.9 million passengers have been affected by cancelled flights due to COVID-19, according to Gabor Lukacs, the founder of Air Passenger Rights. (Photo: Adobe Stock)

The federal government is directing the Canadian Transportation Agency to strengthen rules that require airlines to refund passengers for cancelled flights.

In a statement Monday, Federal Transport Minister Marc Garneau said the pandemic has highlighted a gap in Canada’s protections for airline passengers, which weren’t designed to cover such lengthy delays.

“In the event of a future situation that causes similar large-scale flight cancellations, this gap needs to be closed so that travellers are treated fairly,” Garneau said.

Existing CTA rules don’t require airlines to offer refunds if they can get passengers to the destination within a reasonable time period — for example, offering a next-day flight if a snowstorm grounds planes. But passenger advocates say that doesn’t work for the indefinite delays ticket-holders currently face and are lobbying the government to mandate that airlines issue cash refunds, rather than travel vouchers, for flights that were cancelled due to COVID-19.

At least 3.9 million passengers have been affected by cancelled flights due to COVID-19, according to Gabor Lukacs, the founder of Air Passenger Rights, one of the groups advocating for airlines to issue refunds.

Scott Streiner, chair and chief executive officer of the CTA, said the agency’s goal is to have the new regulations in place by next summer.

One of the biggest details to be worked out between now and then include how long customers have to wait after a cancelled flight before they are entitled to a refund, Streiner said.

The agency is launching a public consultation between now and Jan. 28 to help determine the answer to that and other questions.

“This is a major priority for us,” Streiner said.

The new rules would apply to future cancellations only and will not be retroactive.

Garneau said the updated regulations should be “fair and reasonable” to passengers and should not impose an undue burden on airlines “that could lead to their insolvency.”

Airline passenger refunds have emerged as a point of contention between airlines and the government, which are currently negotiating the terms of an aid package for the struggling travel sector.

The federal government has said that any aid to the sector would be contingent on giving passengers full refunds for cancelled flights.

Airlines maintain that they are not legally required to issue refunds and have criticized Ottawa for its delay in issuing more assistance to the sector.

Lukacs says he warned the government in an in-person meeting and written communications in 2019 that Canada’s protections for airline passengers were weak and could be misinterpreted by airlines to avoid issuing refunds.

Air Passenger Rights’ communications with both Transport Canada and CTA cast doubt on the government’s claim that it discovered this issue as a result of the pandemic, Lukacs said.

In response to a question about whether the government was aware of regulation gaps prior to the pandemic, Transport Canada spokeswoman Allison St-Jean didn’t answer directly. “We are encouraged by recent efforts by air carriers to provide options for cancelled flights and refunds in some cases,” she said.

The CTA said it has only now received legal authority to develop regulations requiring airlines to issue refunds if a flight is cancelled for reasons beyond the airline’s control and passengers can’t complete their itinerary within a reasonable timeframe.

Stephanie Kusie, a Conservative MP and the shadow minister for transport, said in a tweet Monday afternoon that the government’s proposal fails to address the problem of outstanding passenger refunds.

Similarly, Lukacs said the new regulations wouldn’t be of any help to those passengers who have already had their flights cancelled.

“This would provide no relief to passengers who have been shortchanged,” Lukacs said. “Regardless of what they do with the regulations, the law is already that passengers are entitled to a refund.”