"Unfortunately, for smaller airports, you just can't borrow your way out of this." 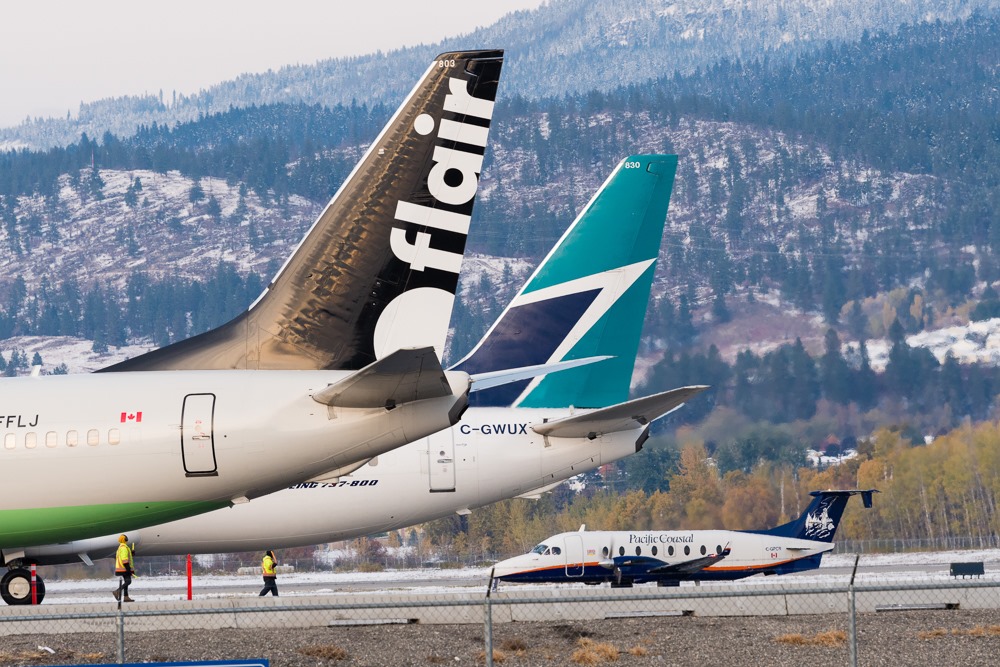 An industry group is sounding the alarm over the financial state of the country’s airports as ongoing travel restrictions take a crippling toll on passenger traffic levels and revenues.

The Canadian Airports Council, which represents more than 100 airports nationwide, is asking the government to implement a COVID-19 testing program at airports to reduce or eliminate quarantine restrictions and provide interest-free loans or direct operational support for airports, among other measures.

“Frankly, the numbers are appalling,” said Daniel-Robert Gooch, president of the CAC, in a statement. “Our best month — and I use that term very loosely — was September, when traffic was down by `only’ 85.2 per cent.”

The federal government has indicated its willingness to provide a sector-specific aid package for the airline industry, but has not shared any details about its plans. In March, Canada waived ground rents through the end of 2020 for airports that pay rent to the federal government, but the industry is awaiting more support.

James Bogusz, president and CEO of the Regina Airport Authority, said his airport is on track to run out of cash by the end of the year, even after laying off 30 per cent of the airport’s staff earlier this year.

The pandemic has crushed revenue streams like parking and landing fees, which the airport uses to meet its operating expenses.

“I’m faced with the reality: Do I have to dramatically increase fees? Because I can’t keep cutting my costs any further,” Bogusz said. “We see Ottawa being our option to hopefully have them provide some subsidy to get us by during these really tough times.”

Sam Samaddar, the airport director at Kelowna International Airport, said he was forced to lay off 40 per cent of the airport’s staff, and that he was looking at every opportunity to cut costs. Fees from freight that is still arriving at the airport haven’t been a big help, since the airport relies significantly on passenger expenditures to generate revenue, Samaddar said.

“Unfortunately, for smaller airports, you just can’t borrow your way out of this,” Samaddar said. “They just don’t generate enough activity to be able to do that. It’s getting more dire as the weeks go by that the government hasn’t responded.”

Amy Butcher, a spokeswoman for Federal Minister of Transport Marc Garneau, said she had no information to share about the government’s progress on the aid package, saying that the work was confidential. But she pointed to a statement from Nov. 8, in which Garneau expressed support for the aerospace sector.

“The air sector cannot respond to these challenges on its own, given the unprecedented impacts on its operations,” the statement said. “To protect Canadians, the Government of Canada is developing a package of assistance to Canadian airlines, airports and the aerospace sector.”

The majority of Canada’s airports are not subsidized by the government, relying instead on revenue generated from passenger air travel, the CAC said.

Since April, traffic in airports has been down 90 per cent compared to the same period in 2019, while October passenger volumes were 85.5 per cent lower than the previous October, according to the CAC.

Air Canada, the country’s largest carrier, has seen its stock drop by more than half since the start of this year, illustrating the pandemic’s toll on the airline industry.

Other countries have announced measures to help the airline industry. Under the CARES Act, passed by the U.S. government in March, passenger airlines and cargo carriers were eligible for over $25 billion in grants and $25 billion in loans.

The CAC said in its statement that Canada’s delay in taking action risks increasing the amount of time it will take for the industry to recover once the pandemic subsides. The head of an airline lobbying group in the U.S. said in September that air travel is unlikely to return to pre-pandemic levels before 2024.

Canada’s airports supported nearly 200,000 jobs prior to the pandemic, the CAC said.