Amarjeet Sohi, Minister of Natural Resources and Member of Parliament for Edmonton Mill Woods, yesterday announced a series of Government of Canada investments for safety improvements at three Alberta airports. 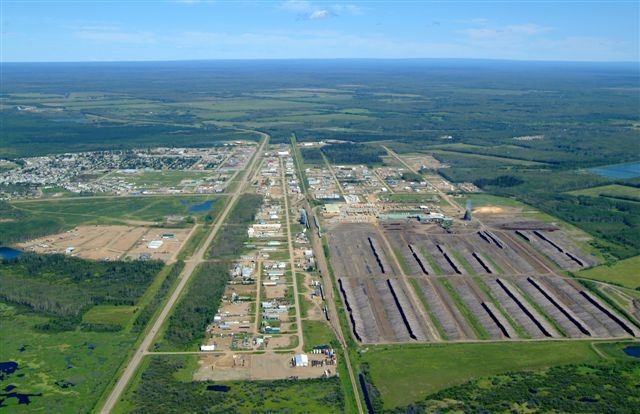 An aerial view of High Level in north-western Alberta.

“The High Level, Lethbridge and Red Deer Airports are important hubs for residents and businesses in this region,” said Sohi. “This investment will help ensure continued safe operations for passengers, flight crews and employees, who rely on these airports to support the regional economy and its social development.”

The funding round, which comes from Transport Canada’s Airports Capital Assistance Program (ACAP), includes spending $5,714,821 for the rehabilitation of Runway 13-31 and Taxiways A and B at High Level Airport located in the north-western region of Alberta on the Mackenzie Highway, approximately eight hours north of Edmonton.

“The Government of Canada recognizes the important role played by Canada’s local airports in supporting jobs and tourism, enabling investment and facilitating trade,” said Marc Garneau, Minister of Transport. “Our investments are helping airports increase safety and accessibility for residents and travellers, while supporting the continued growth of local and regional economies.”