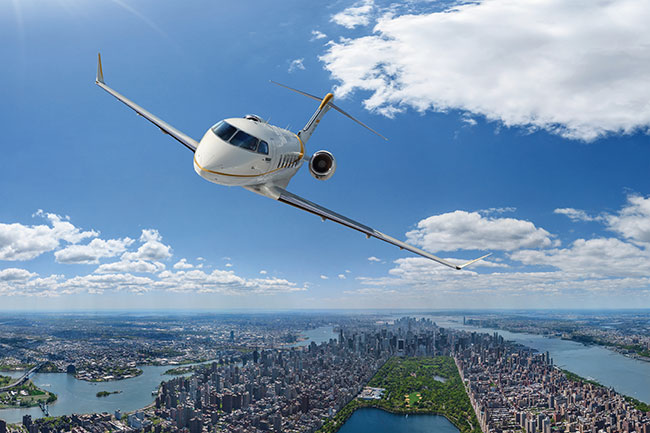 MONTREAL — Bombardier Inc. isn’t ready to increase business jet production despite believing it has passed through turbulence caused by the COVID-19 pandemic.

The Montreal-based company reiterated its outlook for the fiscal year, including delivery of 110 to 120 aircraft, as part of its first-quarter results that were partially disclosed earlier this week.

“We believe it is best to maintain a disciplined approach to our production rate until we are convinced that the recovery is firmly rooted,” he said Thursday during a conference call prior to its annual meeting of shareholders.

In its first full quarter as a pure-play business jet manufacturer, Bombardier says its core net loss was US$173 million or seven cents per share, compared with a loss of US$182 million or eight cents per share a year earlier.

Revenue totalled US$1.3 billion, down from $1.5 billion in the first three months of 2020 which included revenue from its aerostructure and commercial aircraft businesses that were sold last year.

Bombardier said its business jet revenue was US$1.3 billion in the quarter, up 18 per cent from a year ago.

It also said the company has reduced debt by about US$2.4 billion that is expected to cut annual interest costs by about US$200 million.

“While indebtedness remains too high, we are encouraged by the decent book-to-bill ratio and the performance of the aftermarket services business (now virtually back to pre-pandemic levels),” analyst Benoit Poirier wrote in a report.

Bombardier also disclosed that the U.S. Department of Justice has taken an interest in the sale of CRJ commercial aircraft to Garuda Indonesia that previously attracted the interest of British authorities.

The Quebec aircraft manufacturer said last February it receive a request from the American authorities for documents and information regarding the transactions.

In May 2020, the Indonesian Corruption Court convicted the airline’s former CEO and an associate of corruption and money laundering in connection with purchases from five different manufacturers.

“We continue to work with the investigation,” said Bombardier spokesman Mark Masluch. “There are still no charges filed and we are working with the authorities.”

He did not provide more details on what had been requested by the U.S. authorities.