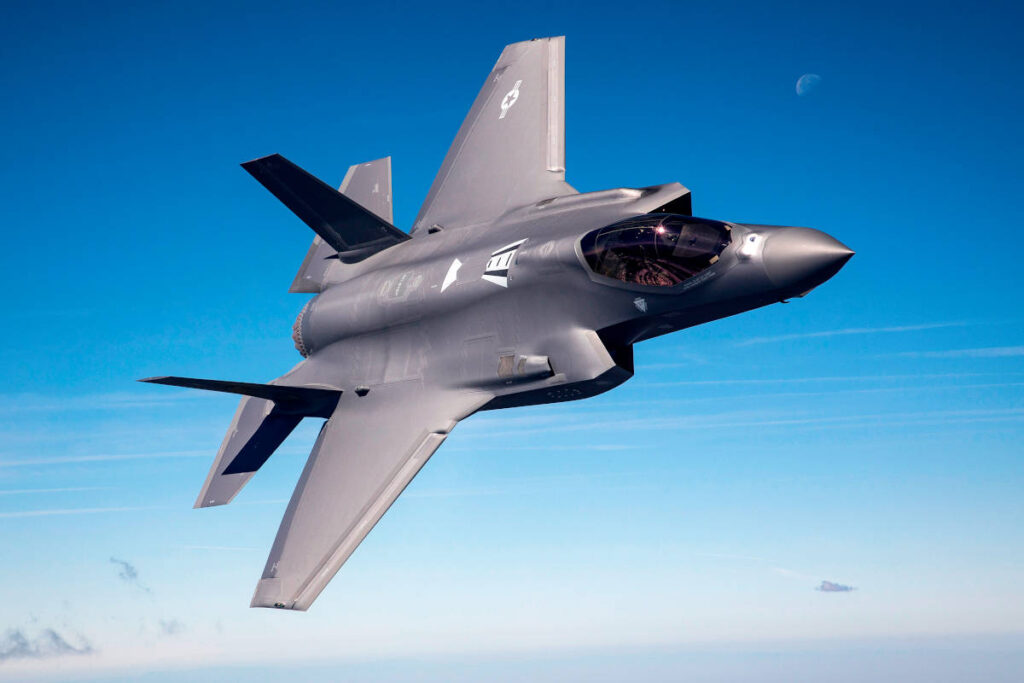 Canada is expected to pay US$85 million per F-35. (Photo: Lockheed Martin)

The news had been largely expected after The Canadian Press reported last month that the Department of National Defence had received authorization to spend $7 billion on an initial set of 16 F-35s and associated infrastructure and gear.

The formal announcement nonetheless represented a defining moment in a saga marked by partisan politics and government mismanagement that first started at nearly the same spot more than a decade ago.

During an online news conference, Anand confirmed that Canada had reached an agreement with the United States, F-35 maker Lockheed Martin and engine producer Pratt and Whitney to purchase the aircraft after months of closed-door negotiations.

The initial order will be for 16 F-35s, the first of which will be delivered to the Canadian military in 2026. Another 72 will be ordered in subsequent years, bringing the total size of the fighter-jet fleet to 88 aircraft.

In announcing the deal, Anand linked the decision to buy the F-35 to the growing threat posed by Russia and China _ and the need to ensure the Canadian military can operate seamlessly alongside its allies, many of which are buying the same plane.

“As our world grows darker, with Russia’s illegal and unjustifiable invasion of Ukraine and China’s increasingly assertive behaviour in the Indo-Pacific, this project has taken on heightened significance, especially given the importance of interoperability with our allies.”

She also underscored what she argued were the economic benefits of the deal, which will see Canadian companies continue to compete for billions of dollars in contracts associated with building and maintaining thousands of F-35s flown by Canada and its allies over the next 40 years.

The minister pegged the cost of purchasing all 88 aircraft at about $19 billion, which would keep it within a budget set in 2017.

However, officials said the full cost of purchasing and operating the aircraft over a span of 40 years, as well as building new hangars and other facilities for the planes, would reach about $70 billion. 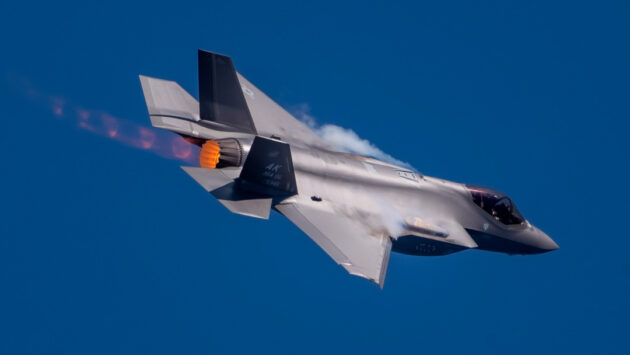 An F-35 at the July 2021 Arctic Lightning Air Show held at the Eielson Air Force Base in Alaska. (Photo: Lockheed Martin, Mikaela Maschmeier)

Asked about the actual cost per plane, officials said Canada will end up paying the same as the United States _ about US$85 million per plane _ because it is one of eight partner countries that have been paying for the F-35’s development costs since 1997.

Officials did not specifically address the $7 billion set aside for the first tranche of aircraft, but did note that Ottawa will be on the hook for a number of start-up costs such as storage and maintenance facilities as well as spare parts and weapons.

And while the first four aircraft are scheduled to be delivered in 2026, officials said they will initially be located in the U.S. as the Canadian military prepares the necessary facilities.

Royal Canadian Air Force pilots and technicians will train at bases in the U.S. while those preparations are underway, with the first F-35 set to actually arrive in Canada no earlier than 2029. The last of the 88 aircraft will be delivered in 2032.

Monday’s announcement represented the culmination of more than 12 years of political intrigue and controversy, which started in earnest when Stephen Harper’s Conservative government announced plans to buy 65 F-35s without a competition in July 2010.

The Harper government and Defence Department were later accused of lying to Canadians about the plane’s real costs and capabilities, particularly after a number of scathing reports, which eventually forced them back to the drawing board.

Monday’s announcement also represented a complete about-face for the Liberals, after Justin Trudeau famously promised in 2015 that he would not buy the F-35. Trudeau at the time suggested Canada did not need a stealth fighter, and that the plane did not work.

The Liberals instead planned to buy 18 Boeing Super Hornets without a competition as an “interim” measure until a full competition could be launched _ which some believed was intended as a first step to lock Canada into the Super Hornet.

But the government cancelled the plan after Boeing launched a trade dispute with Montreal aerospace firm Bombardier. Ottawa initiated the bidding process that led to the F-35 being selected in July 2019. Both the Super Hornet and F-35 were allowed to compete.

Pressed on the Liberal government’s change of mind, Anand said: “The aircraft has matured. And we see now that many of our allies, eight countries in particular, are using the F-35.”

Lockheed Martin in a statement said a total of nine nations are currently operating F-35s, with more than 890 jets in service today.

In the meantime, the government has been forced to spend more than a billion additional dollars on the CF-18 fleet to keep it flying until the F-35s have been delivered. By 2032, the CF-18s will have been around for 50 years.

Asked what benefit Canadians have gained from the 12-year delay in acquiring the F-35, Anand said voters can now have full confidence that the country is buying the right plane for its military while benefitting the economy.

Canada’s decision to buy the F-35 was welcomed by Lockheed Martin and U.S. Air Force Lt.-Gen. Mike Schmidt, the senior American officer responsible for managing the stealth-fighter project out of the Pentagon.

“Canada is our friend and a close ally,” Schmidt said in a statement. “The F-35 is the best in the world, providing unmatched interoperability to America, Canada and the additional 15 nations that have selected the fighter. It is a global game-changer.”


Related
Canada avoided F 35 teething problems, should buy stealth fighter now: test pilot
Did Ottawa get a bad deal on its $7B fighter jets? Here’s what experts have to say
Questions swirl as Canada launches negotiations for F 35 stealth fighter
Canada makes US$99M payment as part of deal to foot more of bill for developing F 35