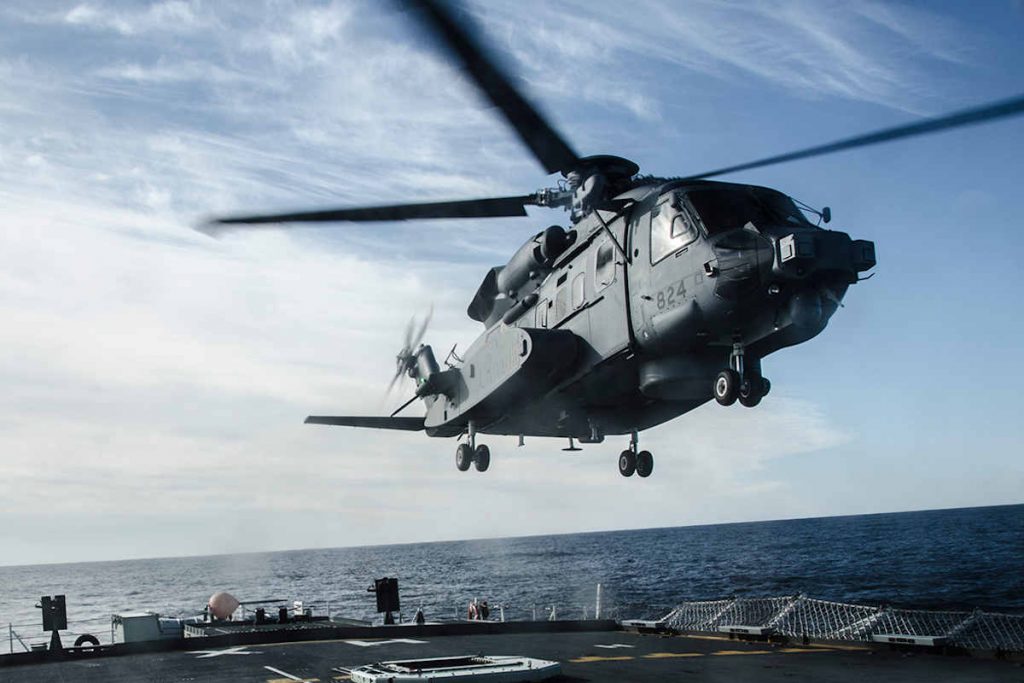 Contact was lost with a Canadian Armed Forces CH-148 Cyclone helicopter on April 29 as it participated in NATO exercises over the Ionian Sea, off the coast of Greece. Operated by the Royal Canadian Air Force’s 423 Maritime Helicopter Squadron, which is part of 12 Wing Shearwater, the Cyclone was deployed onboard Canada’s HMCS Fredericton frigate, which is contributing to Operation Reassurance.

The number of Canadian Armed Forces (CAF) military members onboard the helicopter has not yet been officially released, but the assumption is as many as six. Sub.-Lt. Abbigail Cowbrough has been the first person identified as having died in April 29 helicopter training event, as confirmed by a family member to News 95.7, a Halifax, Nova Scotia, news outlet, and later by the CBC.

A skilled bagpiper, Cowbrough recently played Amazing Grace on the deck of HMCS Fredericton as a tribute to the 22 victims killed in Nova Scotia’s mass shooting in mid-April. HMCS Fredericton is one of eight warships attached to NATO’s Standing Maritime Group 2.

Halifax harbour is home port for the HMCS Fredericton, which left for Europe in January with a Cyclone helicopter for a six-month deployment. Halifax harbour also serves as the home for 12 Wing Shearwater, which provides maritime helicopter operations in support of the Royal Canadian Navy’s Atlantic Fleet from the Shearwater Heliport, and for the Pacific Fleet, through 443 Maritime Helicopter Squadron, from the Patricia Bay Heliport in British Columbia.

Sikorsky has now delivered 18 CH-148 Cyclones to the Canadian Armed Forces, based on a heavily delayed procurement contract for 28 helicopters that was first awarded to Sikorsky back in November 2004.

The Government of Canada states the cost for the 28 Cyclones includes $3.2 billion for acquisition project management, infrastructure and contingency costs. The cost for major in-service support until 2038 is $5.8 billion.

The government explains the project has a phased approach for the gradual introduction of capabilities for the Cyclone, called a blocking strategy. Throughout this phased approach, five versions of the Cyclone will be delivered, each version building on the configuration from the previous one.

Final delivery of the CAF Cyclone fleet was scheduled for December 2021, with full operational capability set by the RCAF for 2025.