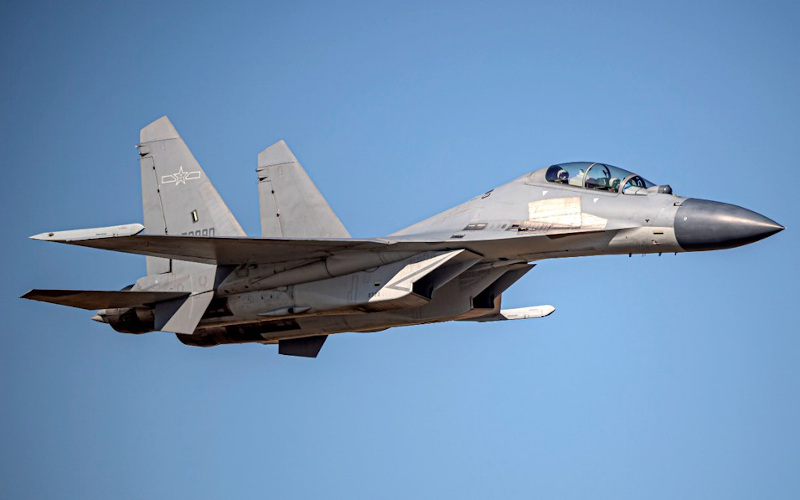 TAIPEI, Taiwan (AP) — China flew 39 warplanes toward Taiwan in its largest such sortie of the new year, amid tensions over the self-ruled island’s future and as the U.S. pushes to assert its presence in the region.

Taiwan’s air force scrambled its own jets and tracked the People’s Liberation Army planes on its air defense radar systems, the ministry said.

The Chinese sortie came as the U.S. military said that two of its carrier strike groups were sailing on Sunday in the South China Sea, led by USS Carl Vinson and USS Abraham Lincoln. They engaged in anti-submarine, air and combat readiness operations.

China’s Ministry of Foreign Affairs declined to comment on why the PLA had flown such a large sortie on Monday, saying it was not a diplomatic matter.

Taiwan and China split during a civil war in 1949, but China claims the island as its own territory. Beijing has used diplomatic and military means to isolate and intimidate the self-ruled island, but the U.S. has continued to support Taiwan by selling it advanced weapons and fighter planes.

Chinese pilots have been flying towards Taiwan on a near-daily basis in the past year and a half, since Taiwan’s government started publishing the data regularly. The largest sortie was 56 warplanes on a single day last October.

The activity has generally been in the air space southwest of the island and falls into a zone that Taiwan’s military says it monitors out of national security considerations.

Tensions have been high since Taiwanese citizens elected Tsai Ing-wen as president in 2016, to which Beijing responded by cutting off previously established communications with the island’s government. Tsai’s predecessor was friendly to China and had endorsed Beijing’s claim that the two are part of a single Chinese nation.

The U.S. regularly carries out exercises in the South China Sea in what it calls freedom of navigation operations, in line with international law.