Feb. 10, 2015, Bordeuax, France - Dassault Aviation has announced that the company’s new flagship, the ultra-long range Falcon 8X, successfully completed its first flight a little more than one month after rollout. 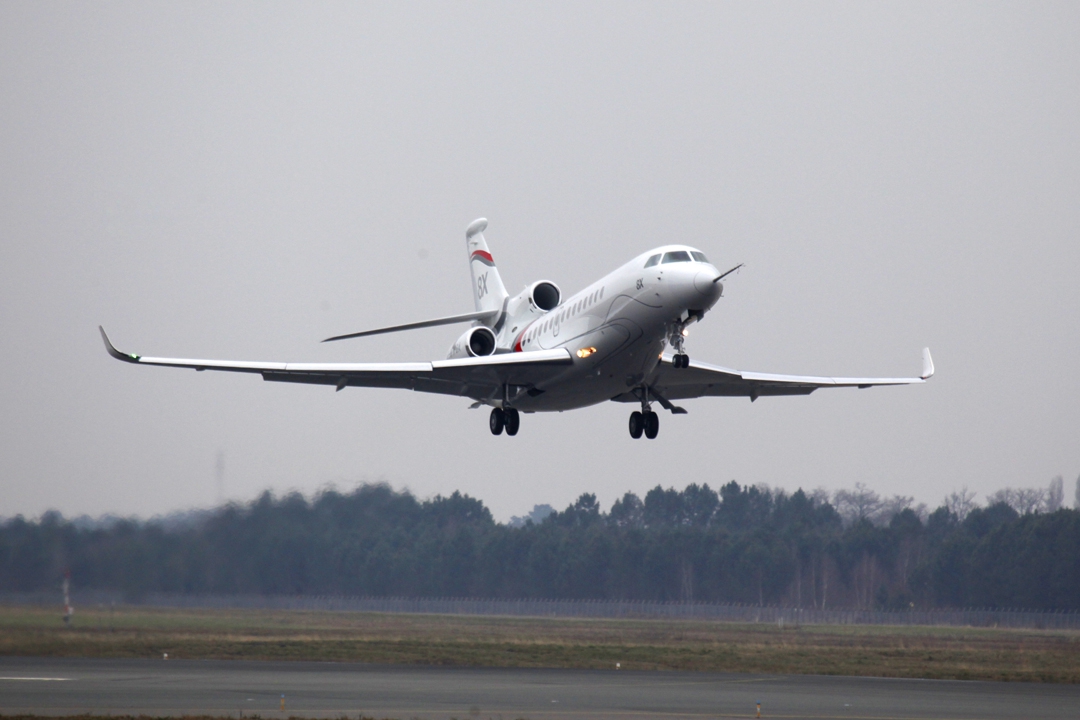 “Throughout the flight, the Falcon 8X demonstrated excellent handling qualities, the hallmark of all Dassault Aviation aircraft,” said Gérard. “We reached each of the performance objectives set for the first mission and, in a few cases, surpassed target goals. I am confident that the remainder of the flight test program will proceed just as smoothly and feel extremely honored to fly such a handsome and well-engineered aircraft.”

“Today we reached a key milestone in the Falcon 8X program, and are right on target for mid-2016 certification and second half 2016 deliveries,” said Dassault Aviation Chairman/CEO Eric Trappier. “The new Falcon has been well received in the market place and already shows every sign of being a commercial and technical success. This early achievement reflects Dassault Aviation’s half century of experience in the business aviation industry. Dassault Aviation’s state-of-the-art military aircraft know-how enables us to design and build business jets that combine exceptional reliability, flight handling and technical capabilities with unmatched cabin comfort and operating economics. I congratulate the pilots, engineers, technicians and line workers, both at Dassault Aviation and at our numerous industrial partners and subcontractors facilities for their contributions in getting the 8X off to such a great start.”

Falcon 8X s/n 02 and 03 are scheduled to take to the air in the coming months. Each will take part in the flight test program that is expected to last around 500 flight hours. Serial number three will leave midyear for the Dassault Aviation completion facility in Little Rock, Arkansas, where it will be fitted with a complete interior and undergo a stringent system test campaign.