Aéro Montréal, self described as a think tank for Québec’s aerospace cluster, held the 6th edition of its Aerospace Innovation Forum under the theme of Aerospace in the Era of Disruptive Technologies. This even, held in collaboration with the National Research Council Canada (NRC), appears to be the largest gathering of aerospace professionals in the country. 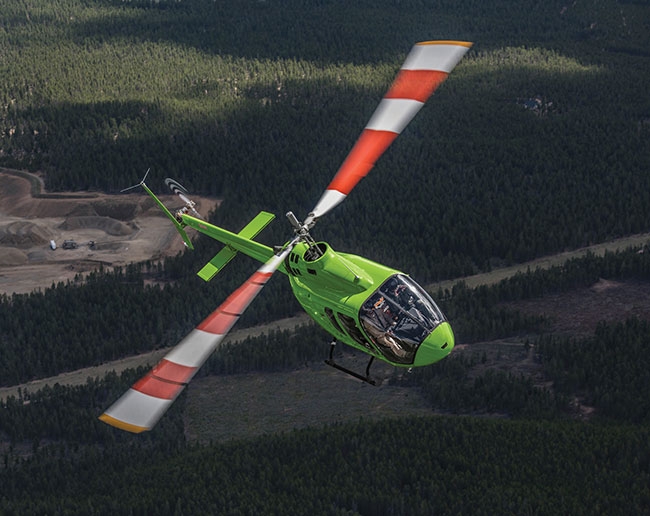 More than 1,000 Canadian and international aerospace representatives attended this major happening, which was held April 16 to 17 at the Palais des congrès de Montréal – as part of International Aerospace Week 2018.

The forum’s luncheon conference on the final day was entitled In search of talent, the aerospace industry is mobilizing to create the future. It should be remembered that in the coming years this industry will need to staff some 30,000 additional jobs in the province of Québec. No doubt that the players have to leverage the latest digital tools available to keep and grow their market share – this is the main challenge everybody was talking about at Aéro Montréal’s forum.

Representing both Wings and Helicopters magazines at the event, I met with Aéro Montréal’s president, Suzanne Benoît, and its chair of the board, Hélène Gagnon, to discuss what the forum in particular, means to Québec. “More than 1,400 business meetings between Québec SMEs and world-class OEMs are being arranged during the Forum,” Benoît says. “Since its launch in 2013, the event has multiplied business opportunities leading to the signing of international agreements.”

“The cluster design creates a synergy between industry players, encouraging them to exchange and benefit from the breakthroughs made by each other,” Gagnon adds.

Aéro Montréal explains Québec has been a mainstay of Canada’s aerospace industry since the 1920s and 1930s, describing the province as the birthplace of bush and commercial aviation in the country. Pierre-Gabriel Côté, CEO of Investissement Québec, describes what the sector means to the province today. “We are currently experiencing the most innovation-friendly environment of the past 25 years,” he says. “Every dollar invested by the Québec government generates about three dollars in private funds. We also invest approximately $100 million in venture capital each year, primarily in start-ups, to promote the emergence of new products and technologies.”

The importance of Québec’s aerospace sector to Canada was cemented at the forum by Navdeep Bains, Minister of Innovation, Science and Economic Development. On day two, April 16, Bains announced the Federal government will provide $49.5 million to a consortium led by Bell Helicopter Textron Canada. “Aerospace is one of the most innovative industries in Canada,” Bains explains. “Our government’s investment in this new aerospace consortium will create 300 well-paying research and manufacturing jobs, contribute $178 million to Canada’s GDP and make Canada a global aerospace innovation leader.”

A report presented at the forum predicts,  that by 2036, the expected demand for new helicopters may reach 22,000 in addition to 35,000 new commercial airplanes.

The new consortium funding is earmarked to help Bell and 18 industry and academic partners develop next-generation helicopters, which can fly with or without a crew on board, and fully autonomous aerial systems. The consortium will also focus on making aircraft more energy efficient and environmentally sustainable, as well as noise- reduction projects.

The 18 industry partners include companies like Pratt & Whitney Canada, CMC Electronics, Esterline Technologies Corp., several small and medium-sized businesses, and nine Canadian universities. Bell and its partners are investing more than $125 million in Canada’s aerospace industry through this project.

“This program will foster the development of new engineering and manufacturing knowledge and technologies by the Bell team in Canada,” Cynthia Garneau, president, Bell Helicopter Textron Canada, explains. “It will instill a new dynamic in the aerospace community and strengthen Canada’s role as an innovation leader in the vertical lift and unmanned aerial systems segments.”