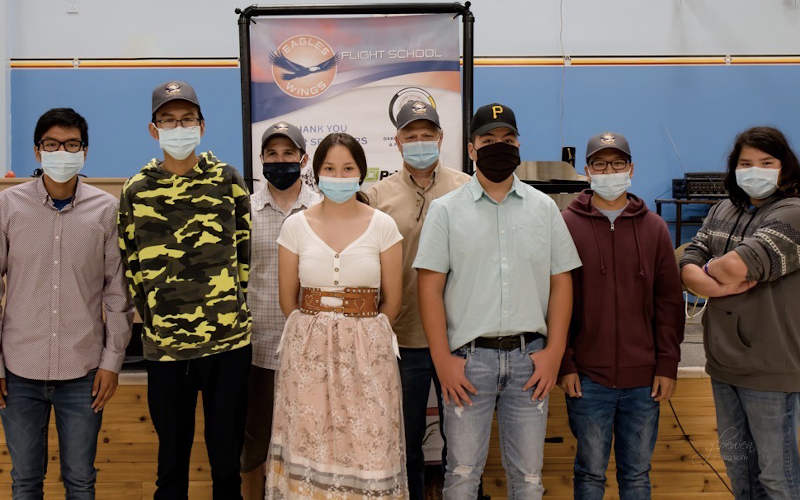 In the flying phase, which took place out of Southport Airport, each student flew 12 hours over the course of 12 days focusing on take-offs, landings, stalls, and emergency handling in an Allegro 2000 Advanced Ultralight aircraft. The accomplishments of the student pilots were well celebrated in Keeshkeemaquah at a small gathering with, their families and flight instructors.

“This program was more than I’d hoped or expected,” said Cayden Chaske, an 18-year-old participant from Canupawakpa First Nation. “I didn’t think I would get as much time in the air, but we flew every day. I liked planning and flying my 3-hour cross country trip back home – that was awesome.”

EWFS is a not-for-profit organization that relies solely on volunteers to maintain the ultralight aircraft as well as instruct, drive and supervise students throughout the program. The school explains the cost of this year’s flight training was offset by several generous sponsors committed to inspiring at-risk youth to explore their innate gifts, build self-confidence, and develop practical life-skills through aviation training.