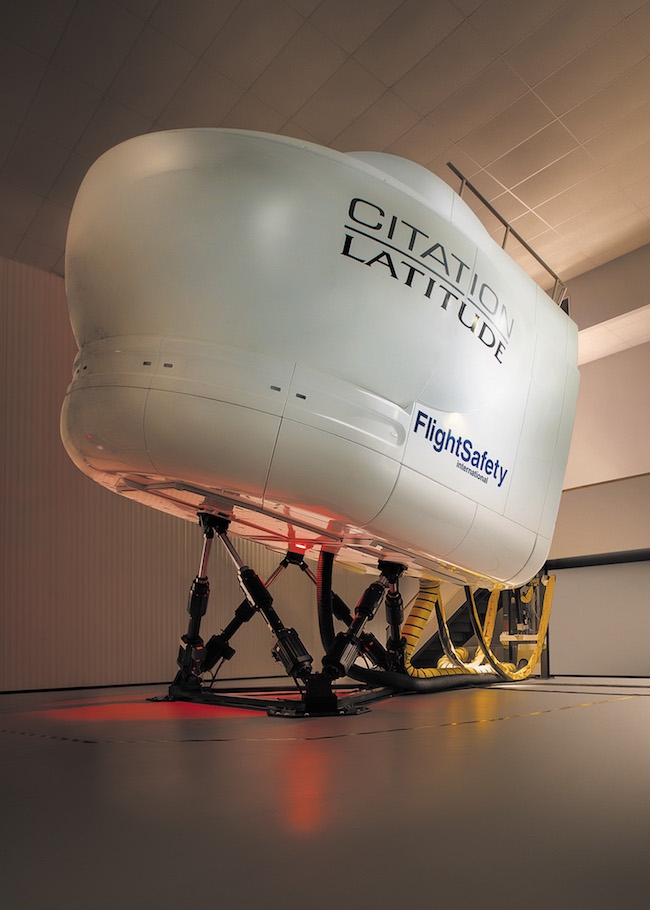 The expanded aerodynamic model developed by FlightSafety and incorporated into the Citation Latitude simulator for use in advanced Upset Prevention and Recovery Training was also evaluated and qualified by the FAA. “This is the first time that a new simulator and an expanded aerodynamic model of this type have been evaluated and qualified simultaneously,” said John Van Maren, Vice President, Simulation.

FlightSafety has provided training for Cessna aircraft owners and operators for more than 40 years. The company offers training for the complete range of Cessna aircraft using 38 flight simulators and other advanced training devices located at its Learning Centers in Atlanta, Georgia; Columbus, Ohio; Long Beach, California; Orlando, Florida; San Antonio, Texas; Wichita, Kansas; and at the Farnborough airport in the United Kingdom. Training for aircraft maintenance technicians is provided by FlightSafety in Wichita.