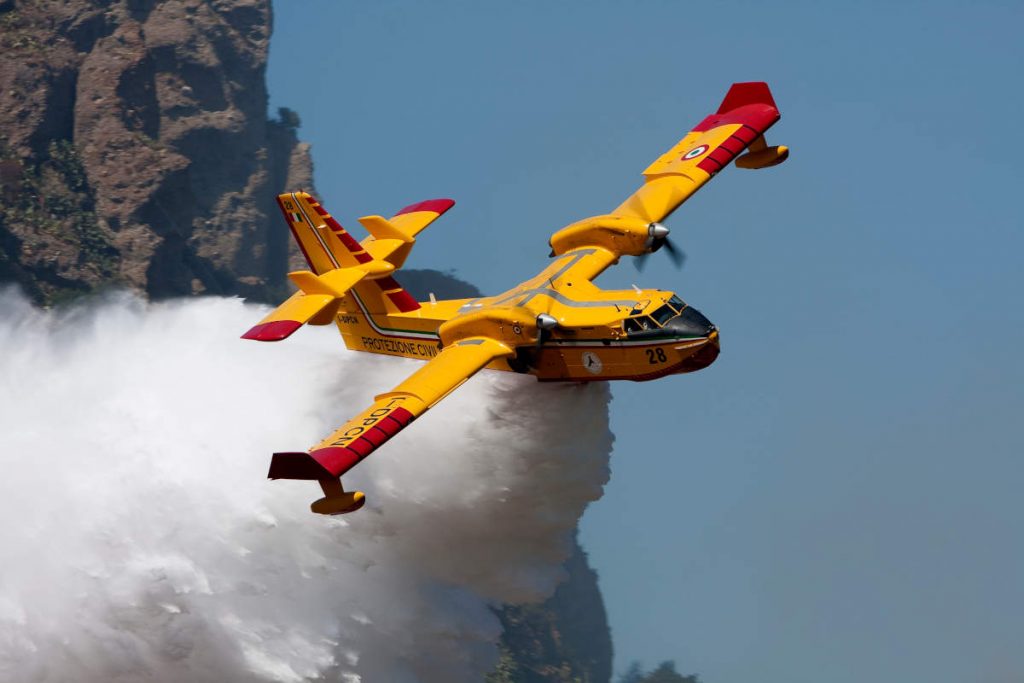 In addition to one CL-415EAF, Longview plans to deliver six new CL-515 aircraft to Indonesia in 2024, which will help establish a full production platform for the aircraft. (Photo: Maarten Visser, Capelle aan den IJssel, Nederland)

Longview Aviation Capital, and its subsidiary Viking Air of North Saanich, BC, reached a deal to provide the Republic of Indonesia’s Ministry of Defense with seven aerial-firefighting aircraft, including one CL-415EAF and six new-production CL-515 airplanes. The firm purchase agreement is only conditional on Longview’s board approving the CL-515 production launch program, which is on schedule and now supported by the agreement to deliver six such aircraft to Indonesia by 2024.

The CL-515 is the next-generation platform of the Canadiar CL-415, widely regarded as the aviation industry’s benchmark amphibious aircraft for firefighting missions around the globe. The CL-515 features enhanced firefighting capabilities but also the flexibility to support a range of critical mission operations. Four of Indonesia’s new CL-515 aircraft will be delivered in what Viking classifies as First Responder multi-mission configuration, with the remaining two delivered in optimized aerial firefighter configuration. The purchase agreement also includes one Canadair CL-415EAF (Enhanced Aerial Firefighter) aircraft converted from a CL-215 to EAF standard by Longview’s subsidiary Longview Aviation Services.

“We are thrilled to welcome the Republic of Indonesia as the first customer for this extraordinary aircraft,” said David Curtis, chairman and CEO of Longview Aviation Capital. “This contract is a major milestone in bringing the next generation Canadiar to market. The confidence of a sovereign government in our program is matched by our own confidence in our ability to deliver this new aircraft platform to the world.

“We are very well advanced in all aspects of program planning, including our supply chain, and we are nearing a final decision on manufacturing and final assembly sites,” Curtis continued. “We expect to complete the remaining program milestones in the near future, and deliver the first new CL-515 on schedule in 2024.”

The CL-515 is expected to have up to 15 per cent better aerial firefighting productivity, including increased tank capacity of up to 7,000 litres and the ability to refill in 14 seconds, from water sources in close proximity. The Canadair 515 First Responder is capable of dropping enormous amounts of foam injected fire retardant on a continuous basis. 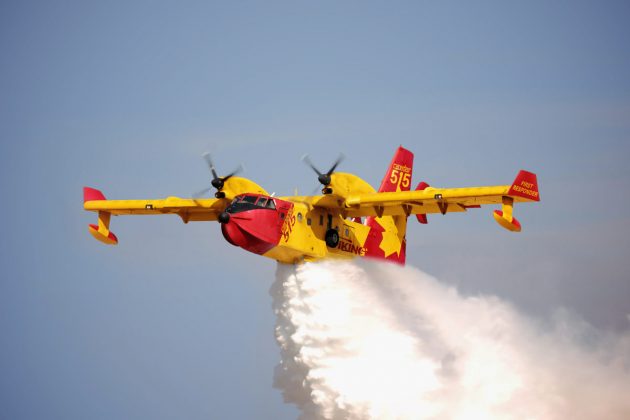 The CL-515 is expected to have up to 15 per cent better aerial firefighting productivity, including increased tank capacity of up to 7,000 litres. (Photo: Longview Aviation)

The Canadair CL-415 and CL-515 are able to refill with water while flying, as well as mix retardant in flight. Requiring no runway to reload water, the aircraft is able to make more frequent waterbombing missions, particularly in remote or difficult to access areas. Longview states the CL-515 will have the ability to drop up to 690,000 litres of water per day, resulting in the lowest overall cost per litre of any aerial firefighting aircraft.

“Indonesia is on the front lines of increasing challenges like forest fires and, as an island nation, has extensive needs for a range of amphibious capabilities,” said Yuyu Sutisna, Air Chief Marshal and chief of staff for Indonesia’s Air Force. “We have chosen to invest in this aircraft based on the Canadair’s solid track record demonstrated around the world over the last 50 years, and Viking’s established capabilities as an aircraft developer and producer.

“This aircraft has the best productivity of any aerial firefighting aircraft, capable of delivering the highest quantity of foam retardant per day,” Sutisna continued, “while at the same time providing the flexibility to save lives and protect our coastal areas through its multi-role SAR and Maritime Surveillance functionalities.”

The CL-515 will also include the Collins Pro Line Fusion avionics suite for improved situational awareness, which is critical in aerial firefighting. The aircraft’s flexible architecture, however, is also being designed to support multi-mission capabilities like maritime patrol, surveillance, medevac, environmental monitoring, insect control, oil spill detection and dispersant.

Longview explains the significant global interest in the aircraft is largely based on the increasing worldwide frequency and severity of wildfires as a result of climate change. The company acquired the type certificates for the Canadiar amphibious aircraft program from Bombardier in 2016.