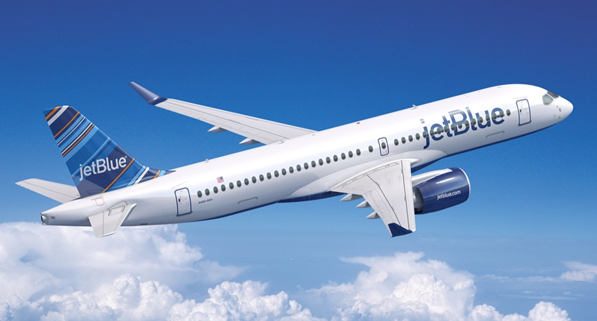 The New York-based airline, which announced the new route more than a year ago, says it is the only carrier to serve the western Canadian city with non-stop service from JFK.

However, JetBlue will be competing with other U.S. airlines as well as Canadian airlines, including Air Canada, WestJet Airlines and Flair Airlines, that either offer direct flights to other New York airports or through connections to JFK.

JetBlue is growing beyond the U.S. with more than 30 international destination in over 24 countries.

The daily evening and return red-eye flights will be on Airbus A320 aircraft.


Related
JetBlue expanding wings with service to Vancouver from New York and Boston
JetBlue sets date for start of flights between US and London
Air Canada to launch only daily Vancouver-Paris service
JetBlue not departing New York for Florida, expanding at JFK