“We are proud of our progressive cooperative relationship with TU Delft, which ties in well with KLM’s strategy and serves as an important milestone for us on the road to scaling-up sustainable aviation.” 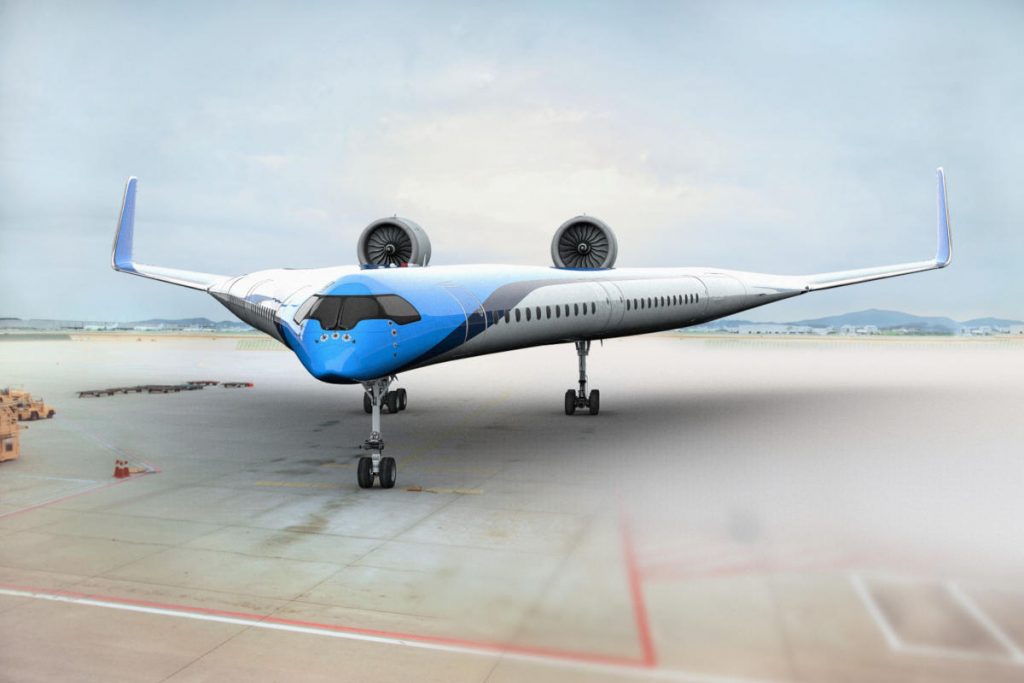 The Flying-V is being designed to carry approximately the same number of passengers as an A350, with 20 per cent greater fuel efficiency. (Photo: KLM).

KLM Royal Dutch Airlines and the Faculty of Aerospace Engineering at Delft University of Technology (TU Delft) signed a cooperative agreement to work together on the concept aircraft known as the Flying-V. Based on TU Delft’s research into this new aircraft design, KLM explains its cooperation focuses on supporting future sustainable long-distance flight.

KLM explains the Flying-V aircraft was originally conceptualized as a potential aircraft design for the future, but that it can be compared to today’s Airbus A350. Although the plane is not as long as the A350, it does have the same wingspan. KLM explains this will enable the Flying-V to use existing infrastructure at airports, such as gates and runways, without difficulty and the aircraft will also fit into the same hangar as an A350.

The Flying-V will carry the same number of passengers as the A350 – 314 in the standard configuration – and the same volume of cargo, 160 m3. The Flying-V will be smaller than the A350, giving it less aerodynamic resistance.

The aircraft’s v-shaped design, explains KLM, will integrate the passenger cabin, the cargo hold and the fuel tanks in the wings; and that its  improved aerodynamic shape and reduced weight will mean it uses 20 per cent less fuel than the Airbus A350. A flying scale model and a full-size section of the interior of the Flying-V will be officially presented at the KLM Experience Days at Amsterdam Airport Schiphol this October on the occasion of KLM’s 100th anniversary.

The Flying-V, continues KLM, also provides researchers with an opportunity to improve passenger experience in aircraft, from the seating layout in the wings, to the design of the seats and bathrooms. Everything has to be as lightweight as possible, explains KLM, in order to maximize the efficiency gain the new aircraft shape provides.

The Flying-V is to be propelled by fuel-efficient turbofan engines that currently exist. In its present design, it still flies on kerosene, but KLM envision’s that it can easily be adapted to make use of innovations in the propulsion system – by using electrically boosted turbofans, for example.

“In recent years, KLM has developed as a pioneer in sustainability within the airline industry. The development of aviation has given the world a great deal, offering us an opportunity to connect people. This privilege is paired with a huge responsibility for our planet,” said Pieter Elbers, president and CEO, KLM. “KLM takes this very seriously and has therefore been investing in sustainability at different levels for many years, enabling it to develop a broad spectrum of sustainability initiatives. We are proud of our progressive cooperative relationship with TU Delft, which ties in well with KLM’s strategy and serves as an important milestone for us on the road to scaling-up sustainable aviation.”