News
Leading Edge: Within the Superclusters

In mid-2017, the Government of Canada challenged Canadian businesses to collaborate with post-secondary and research institutions to propose what it described as bold and ambitious strategies that would transform regional economies and create jobs. Led by Navdeep Bains, Federal Minister of Innovation, Science and Economic Development, the goal of this collaboration is to create superclusters of industrial innovation. 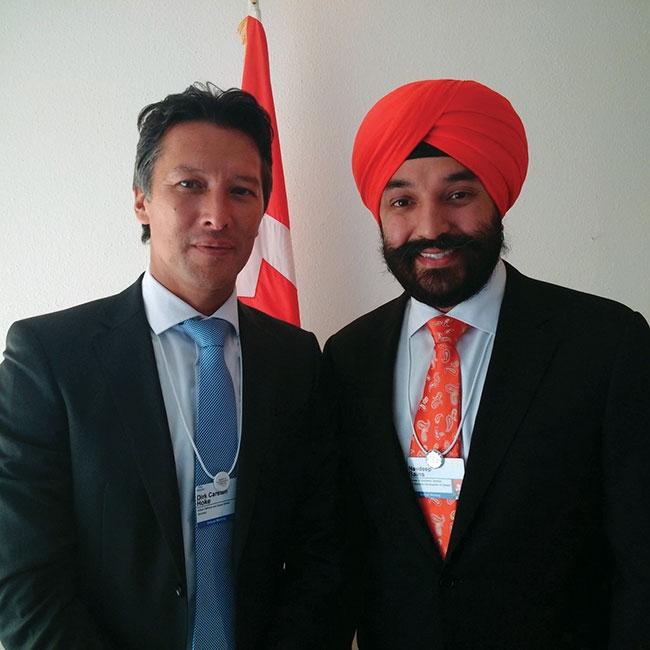 In March 2018, Bains announced five winning applications, from more than 100, to be a part of the Innovation Superclusters Initiative, into which the government is investing up to $950 million. The investment, which is to be matched dollar for dollar by the private sector, is expected to create more than 50,000 jobs and grow Canada’s economy by $50 billion over the next 10 years.

At least three of the Superclusters present opportunities for aviation and aerospace companies; to leverage findings from what must be considered one of Canada’s most-ambitious plans to spread innovation across its economy – to remain competitive within an increasingly complex business world.

There are already several aerospace companies involved in the early stages of the SCALE.AI, Advanced Manufacturing and Digital Technology Superclusters. The Superclusters currently represent more than 450 businesses, 60 post-secondary institutions and 180 other participants in sectors covering what the government describes as 78 per cent of Canada’s economy.

Any company incorporated in Canada, regardless of origin or headquarter location, is eligible for the initiative. The government wants its Superclusters to attract investment from the world’s best companies, regardless of location.

The BC Supercluster also includes the likes of MDA, CAE and YVR, as well as Hatch, which has been involved in key Vancouver airport infrastructure projects like the South Airfield Runway End Safety Areas. To date, 118 companies, academic institutions, professional associations, government partners, banks, incubators, venture capital firms and consultants have joined forces to support the SCALE.AI Supercluster in Quebec. Together, they have committed $700 million toward developing intelligent supply chains for sectors like automotive, aerospace, mining, utilities, and oil and gas.

Based in the province with Canada’s primary aerospace hub, SCALE.AI may prove to be the most impactful aero-cluster, which will leverage disruptive technologies like blockchain and 3D printing. The SCALE.AI initiative includes powers like Air Canada, Bombardier, CAE and Thales.

The focus of the Advanced Manufacturing Supercluster will include the Internet of Things, machine learning, cybersecurity, and additive manufacturing (3D printing), the latter of which is becoming an increasing vital part of manufacturing and supply chains in aviation. This Ontario Supercluster is now a coalition of more than 140 partners, led by a newly incorporated entity called Next Generation Manufacturing Canada. These projects are positioning the country to move from its dependence on being a resource economy.


Related
Canadian superclusters and aerospace
AIAC Applauds Shortlisting of Aerospace Supercluster
Leading Edge – Bringing it all together
Leading Edge: The sky truly is the limit