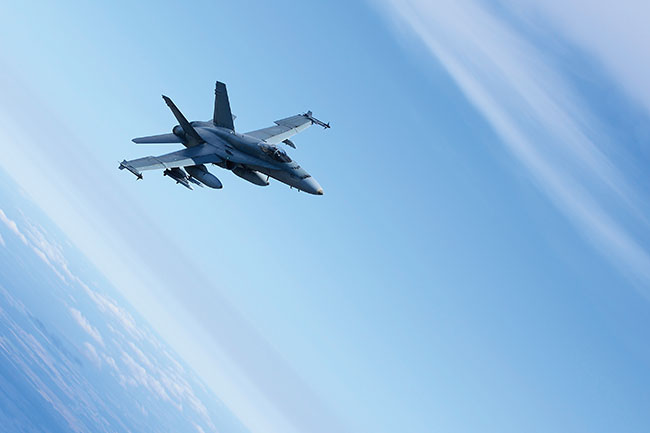 Cold Lake – colloquially referred to as Cool Pool – is three and a half hours northeast of Edmonton on the Alberta-Saskatchewan border. It was previously separated into three distinct areas, Medley, Cold Lake and Grand Centre, now referred to as CFB 4 Wing Cold Lake, Cold Lake North and Cold Lake South, respectively. Although the subarctic temperatures can make you gasp for air during the short seven-hours of winter daylight, it is a small price to pay for having a daily airshow out of your back window. As a private pilot, the area is an oasis. The local regional airport, aka the “muni”, has many airplanes stored in hangers, as well as outside with grass tie-downs. I’ve been fortunate to experience the bird’s eye view of Alberta in my small single-engine airplane.

I’ve been able to visit iconic Canadian locations like the hoodoos of Drumheller, the glacier lakes of Jasper and the majestic Rockies. Lesser known are the patches of restricted airspace known as the Cold Lake Air Weapons Range-Complex (CLAWR-C) in which the 4 Wing aircraft operate. As a civilian pilot, entrance to these areas require prior permission and these approvals have allowed me to explore the vast northern parts of the province; but these are just the bonus adventures. The real reason I wanted to come to CFB Cold Lake, the busiest fighter base in the country, was to get the experience of flying in a fighter jet. This dream recently became reality with a backseat ride in a CF-188 Hornet.

A lot of preparation is required to ultimately step foot in the jet’s cockpit. Since Flight Surgeons are aircrew, I already had my aircrew medical completed so the first step was the Aviation Life Support Equipment (ALSE) gear fitting. During winter, this means trying to fit into the G-suit, which is pressurized through a g-sensitive valve, as well as an ejection seat harness and a life preserver/survival vest, all while wearing a dual layer of long underwear, winter jacket, and snow pants, aka “bunny pants”.

All of the gear worn is specifically designed to protect you while you fly or to survive post ejection in the winter weather. Truthfully, you can barely bend down to do up the buckles, leaving me more impressed at how these fast jet pilots, who I see as patients as their local Flight Surgeon, get into their gear quickly during a NORAD mission scramble.

Next is a visit to the seat check guru who will take you through the ejection seat procedures and the various survival equipment. This is to include understanding parachute emergencies and landing techniques based on different terrain and obstacles. As part of the seat check you have to practice the “2, 2, 1, O2” for emergency ground egress. This mnemonic is used by pilots to run a rapid checklist of disconnecting from the ejection seat. Lastly, I was given a simulator orientation to the Hornet, including a walkthrough of the heads-up display (HUD), controls, multi-function-displays, as well as taxiing, takes-offs, loops, rolls, and landing. Ready for the flight line!

The weather in January can be challenging with recurrent freezing fog, clouds, and poor runway conditions. I wasn’t sure if my sortie would happen, but the day finally came. My first steps beyond the ALSE shop brought me past the jets being worked on by the technicians and into the operations room to complete the pre-flight paperwork. Once I had the Commanding Officer’s blessing, the ALSE techs helped me clamour into the layers of protective equipment and strapped me into the ejection seat. Pins out, the seat is live and off we went taxiing to the runway, listening to ATC with the roar of the two GE 404 turbojet engines behind us.

As we took off, the inertia pulled me into the back of the seat. Up through the clouds with afterburners on while watching the altitude readout climbing faster than I thought was possible. Before I knew it, we were at the Hornet’s maximum service ceiling of FL480 (48000 feet) – any higher and the depressurization hypoxia risk is too high without continuous 100 per cent O2. We dove down toward the ground watching the speed climb, hitting Mach 1.56 (1926 km/h) before pulling out of the dive and experiencing my first real onset of “Gs”. We then did a loop, a slow roll, followed by a whiplash fast roll. By this point, the sun beating down was making me feel slightly flushed – must be the sun that’s doing it. I was briefed that if I was to get the fortune of flying during a training mission, break turns would be in my future. While experiencing the back-breaking force of 7g, the full pressure from the g-pants and straining to clench my legs and abdomen was all I could do to keep my vision from tunneling. We flew back to the airport for approaches before finally landing.

Another 1.4 hours for the logbook in the most amazing aircraft I’ve ever had the privilege to fly. Although Cool Pool can be cold, this experience made it all worthwhile. These are the moments that I have dreamed of, and why I am grateful to be posted here.

Capt Joelle Thorgrimson is a Metis Flight Surgeon from Kenora, ON, posted to Cold Lake, AB. She has BScH in astrophysics, a MSc in quantum physics and completed medical school and residency.