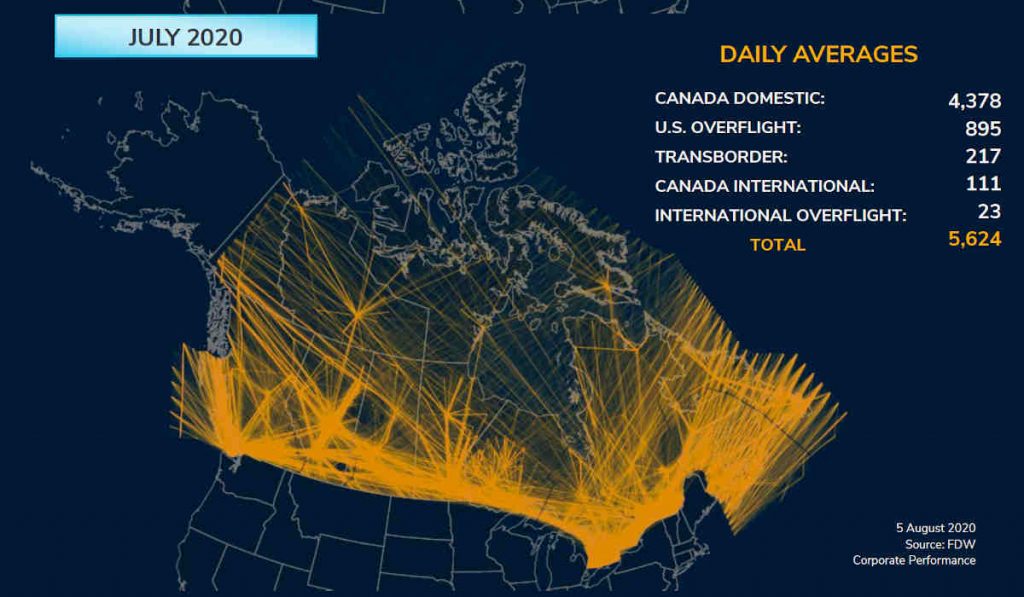 The daily average of international traffic originating out of Canada dropped by 79.3 per cent from July 2019 to July 2020. (Image: NAV Canada)

NAV CANADA published its traffic figures for the month of July 2020, as measured in weighted charging units for its enroute, terminal and oceanic air navigation services. Weighted charging units are a traffic measure that reflect the number of flights, aircraft size and distance flown in Canadian airspace. 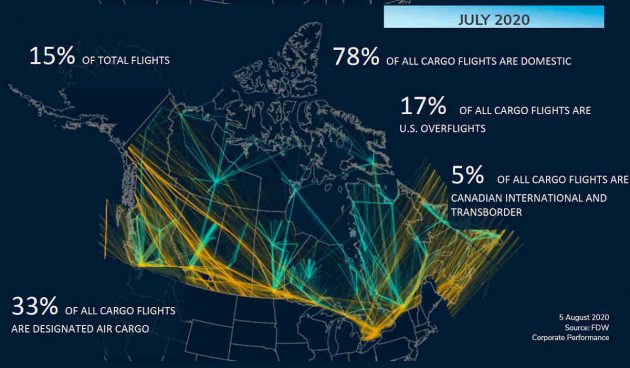 NAV CANADA’s figures also show Canadian international and transborder cargo flights increased in July 2020 to represent five per cent of all cargo flights, compared with three per cent in July 2019.

The month of July 2020 also saw 7,440 air ambulance arrivals and departures, which accounted for 1,075 distinct routes and the connection of more than 450 Canadian communities.