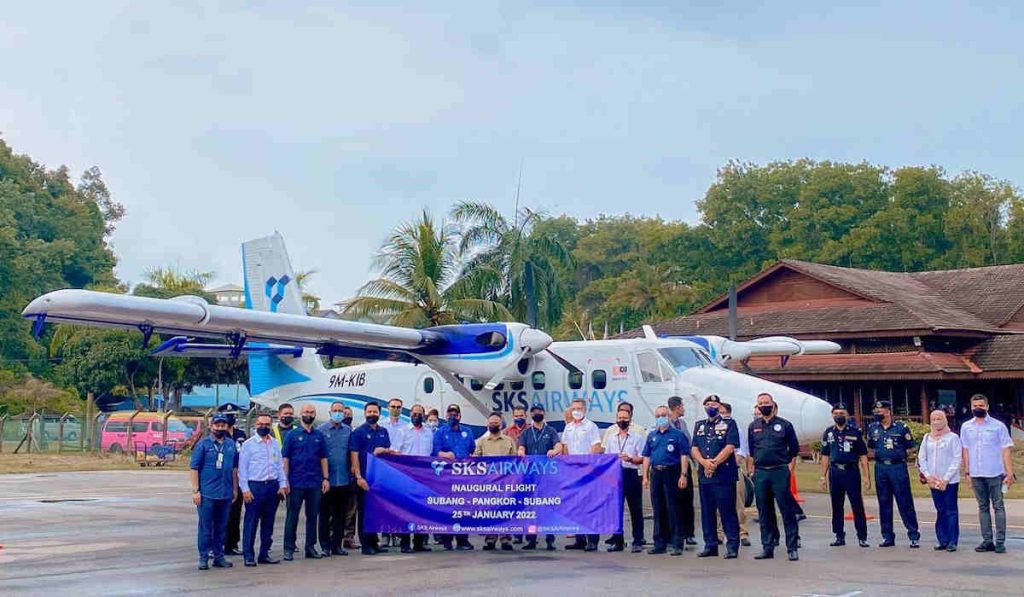 SKS launched its maiden flight from the smaller Subang airport near Kuala Lumpur to Pangkor, a northern tax-free island, becoming the first carrier to fly there. It will also fly to northeastern Redang island, a popular scuba-diving haven, and southern Tioman island using 19-seater Twin Otter turboprop aircraft. There are currently no commercial flights to these islands.

The launch comes even as other airlines in the country, including the region’s budget carrier AirAsia, are still struggling to ride out the effects of the pandemic.

“As a new set-up, we are nimble, agile and flexible and able to tap into any opportunities that arise. We are positioning ourselves to capitalize on the current pent-up demand for domestic travel,” SKS Airways director Rohman Ahmad said at the launch.

Rohman said SKS Airways isn’t a a low-cost carrier but fares will be reasonable. The carrier is owned by the SKS Group, a real estate company based in southern Johor state.

The airline said its operations will initially focus on island and coastal resorts with connections to major cities within peninsular Malaysia.

Rohman said SKS aims to expand regionally to Southeast Asia and southern China in the long-run. The airline will also offer cargo and charter services out of Subang airport as well as Senai airport in Johor state, he added.

Transport Minister Wee Ka Siong said the launch of SKS will bolster domestic tourism. He said Malaysian airports have seen an increase in passengers following the progressive reopening of the country’s borders.