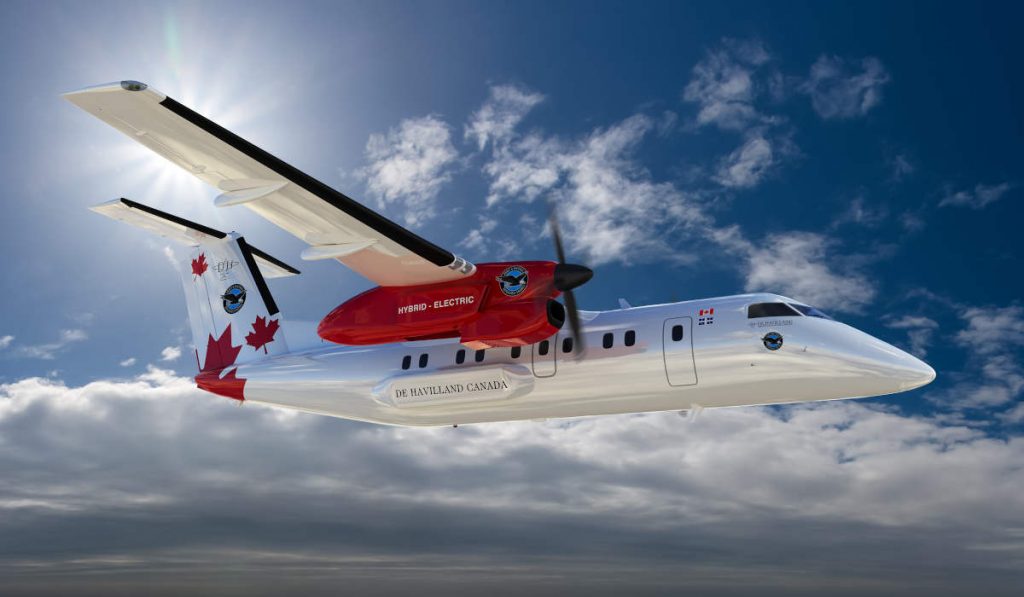 “With a long-time commitment to sustainability and as Canada’s top aerospace investor in research and development, having invested $500 million annually, we are driving economic growth, innovation and workforce expertise to benefit the environment,” said Maria Della Posta, president, Pratt & Whitney Canada. “Hybrid-electric technology has an important role to play in enabling the next step-change in efficiency for aircraft engines, and we are uniquely positioned to demonstrate this potential.”

P&WC explains the new hybrid-electric propulsion technology, focusing on optimizing performance across different phases of flight, will allow the demonstrator to target a 30 per cent reduction in fuel burn and CO2 emissions, when compared to a modern regional turboprop airliner.

P&WC is working with De Havilland Aircraft of Canada to integrate this hybrid-electric technology into a De Havilland Canada Dash 8-100 flight demonstrator. The demonstrator will include an advanced electric motor and controller from Collins Aerospace, also a Raytheon Technologies business.

“Canada has an opportunity to demonstrate environmental leadership in the aviation sector,” said Dave Riggs, Chief Transformation Officer, De Havilland Canada. “De Havilland Canada has a legacy of innovation that has supported aviation in Canada and around the world for more than 90 years and we are immensely proud to be the first manufacturer of regional aircraft supporting the development of hybrid-electric propulsion technology.”

The Government of Canada’s Strategic Innovation Fund is backing the technology demonstrator. The Government of Quebec is supporting this project through Investissement Québec and the Ministère de l’Économie et de l’Innovation, as part of an initiative known as, “Aéronef pour la mobilité numérique et verte de demain” (Green and Digital Aircraft of Tomorrow).

This demonstrator project is a successor to Project 804, launched in 2019 as a joint development program between P&WC and Collins. P&WC will target ground testing in 2022, leading to flight testing of the Dash 8-100 demonstrator in 2024.

P&WC describes the development of hybrid-electric propulsion technology as a core element of Pratt & Whitney’s strategy to make aviation more sustainable, noting the company is also committed to continually advancing the efficiency of gas turbine engines across its portfolio.

“The aerospace sector is a pillar of the Canadian economy, providing good jobs for Canadian workers from coast to coast to coast,” said François-Philippe Champagne, Minister of Innovation, Science and Industry. “It’s essential that we support the long-term growth of the sector and help make Canada a world leader in greener, more innovative technologies.”