News
Pull head out of donkey

In 1972, an L-1011 operated by Eastern Airlines was preparing to land at Miami International Airport, but when they selected gear down, the indicator showed that the nose gear was not properly locked in the “down” position. It was just a burned out bulb, but all three pilots were so focused on fixing a light bulb that they didn’t notice the autopilot had disconnected and was slowly descending 163 passengers and 13 crew members into the Florida Everglades. The captain’s final words on the cockpit voice recorder were, “Hey, what’s happening here…?” The painfully simple answer was lack of situational awareness. 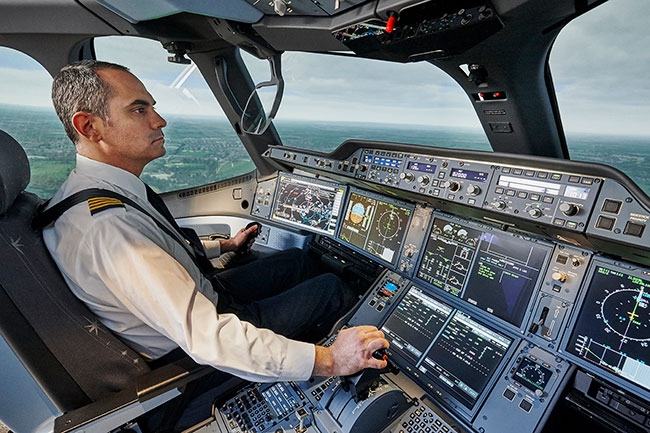 When one wrong move can mean death

With the recent Air Canada incident in which an Airbus A320 almost landed on a taxiway with four other airliners on it, and the Asiana 214 crash, both at San Francisco International Airport, the question has come up again as to how highly experienced pilots could crash (or almost crash) a perfect airplane, on a perfect day, at a perfect airport.

One of the culprits is automation. Each is an example of the extreme. Too much or too little. In the Asiana crash, the glideslope was inoperative so they were landing visually. No big deal. However, the captain selected an inappropriate autopilot mode, which, without the captain’s awareness, resulted in the auto throttle no longer controlling airspeed. The airspeed just slipped away because the pilots completely relied on the automation to take care of airspeed. The aircraft then descended below the desired glidepath with the crew unaware of the decreasing airspeed. The attempted go-around was conducted below 100 feet, by which time it was too late. Over-reliance on automation was cited as a major factor contributing to the accident.

Air Canada, the other extreme. They didn’t use it. Since it was a visual approach, they just looked out the window and didn’t notice they were off their lateral track. They were certain they were lined up with the runway so their brains pushed aside other visual cues and without instrument backup, didn’t know they were off course.

Landing visual is a routine task, but when someone gets too reliant on having the computer guide them, they lose the ability to do something as simple as landing with visual cues. But even reliance on automation falls back into the category of lacking situational awareness. In the case of Asiana, it was out of the realm of possibility that they would crash during the most routine task for any pilot – landing on a beautiful day with a fully functioning aircraft. How did this crew defy the odds? They couldn’t believe what they were seeing because no one with that much experience makes that kind of mistake, so they all ignored the obvious and assumed what they were seeing was wrong. They didn’t respond to the obviously low airspeed, the unusual pitch attitude, rate of descent, and low altitude because it just couldn’t be happening. Corporate culture and workplace hierarchy were factors, but the final answer is lack of situational awareness. They saw the mistakes, but their minds didn’t process it to the point of being able to react to it.

We all lose our situational awareness. It’s what happens when you are talking on your cell phone while driving. When you hang up, you can’t recall the details of the drive while you were on the phone. I am flabbergasted at the ability of my kids to lose their situational awareness when the television is on. If they are focused on their favourite show, the walls can come crashing down around them, but because they are so engrossed in one particular input, they disregard all other incoming information. I once had a bird sneak into my house and as it was flying around the family room, over my kids’ heads, they were so engrossed in Scooby Doo that they didn’t even realize there was a bird in the room.

My favourite example of situational awareness occurred on a Boeing 727-200 at the company I worked for. The incident occurred while an aircraft was parked at the gate in Minneapolis. The crew had flown the aircraft in and was preparing it for the next leg. They were about halfway through boarding passengers when their auxiliary power unit (APU) failed. Not a big deal, but the APU provides electricity and air conditioning on the ground so when it failed, the aircraft went dark and since passengers were loading; they wanted to get power back on as quickly as possible. There is usually power available at the gate, but since Murphy’s Law prevails, this was not working either so the captain logically decided to start an engine and use the power provided from the engine.

The crew followed proper procedure and notified the ground crew they were starting the #1 engine. What they didn’t realize is that the catering company was running late and had just pulled up to the aircraft and their loading platform was lifted up to the left side galley door, located in front of the #1 engine. The catering employee had arrived before the engine started its rotation, so he had time to walk across the platform to bring in two loads of sodas into the galley. After the second load, he stopped in the galley to chat with the flight attendants and heard the slow wind up of a jet engine, but not for one moment did he consider that it was coming from the airplane he was standing on. He had to yell to the flight attendants louder and louder as the engine wound up and settled into its idle rpm – which is still extremely loud on a Boeing 727. The caterer got so tired of yelling above the roar, he decided to head back into his catering truck for some peace and quiet.

He took one step out onto the platform and got sucked into the engine. Wait! It’s okay. He was quick enough to hang onto the engine nacelle for dear life and thankfully, the flight attendant saw a flash out of the corner of her eye and realized he’d stepped out onto the platform. She screamed and instinctively grabbed the PA microphone and kept yelling, “Shut down the engine, shut down the engine!” until the crew shut it down. The caterer was unharmed except for the frostbite he received from the air moving across his skin at an accelerated rate (and he probably had to change his underwear).

When the caterer was interviewed by the National Transportation Safety Board about the near fatal mistake, he specifically remembered that the rotating beacon came on as they pulled up to the aircraft. Ground crew employees are taught that a rotating beacon means an engine is running or about to start. He said he assumed (ass-u-me) that the pilots just forgot to turn it off. When asked if he heard the engine start, he said that he had heard an engine start, but he assumed that it was the aircraft next to them. When asked if he felt the engine running, he said he did, but it just didn’t “sink in” that it was coming from the plane he was standing on. When asked why he was talking to the flight attendants in the galley, he said he was enamored with one of them… Aha, a reason for his lack of situational awareness!

When working in an environment where one wrong move means death, awareness of your surroundings must become a mindset. And it’s not just for aviation employees or law enforcement; this applies to anyone driving a car, walking in a crosswalk or even hiking a 14er. It’s required in any situation that requires an elevated level of attention, and it’s not just about making a mistake; it’s about paying attention to all the information coming in, interpreting it properly, and reacting appropriately.

When I was flying a Falcon 20 for a charter company, someone added, in permanent marker, one additional item to the Before Takeoff Checklist. It said, item “1. Pull head out of (donkey).” Check. That one simple command, not officially listed, is the most important item on any pilot’s checklist. It means to open up your field of input and acknowledge what you’re seeing. When you’re sitting at home on the couch, go ahead and dump your situational awareness, but when you’re driving a car or in any situation that could alter the life of another, pull your head out of your donkey.

Erika Armstrong is director of Instructional Design at Advanced Aircrew Academy , Aviation Professor at MSU Denver and author of A CHICK IN THE COCKPIT. She can be reached at erika@achickinthecockpit.com