November 13, 2020By The Associated Press 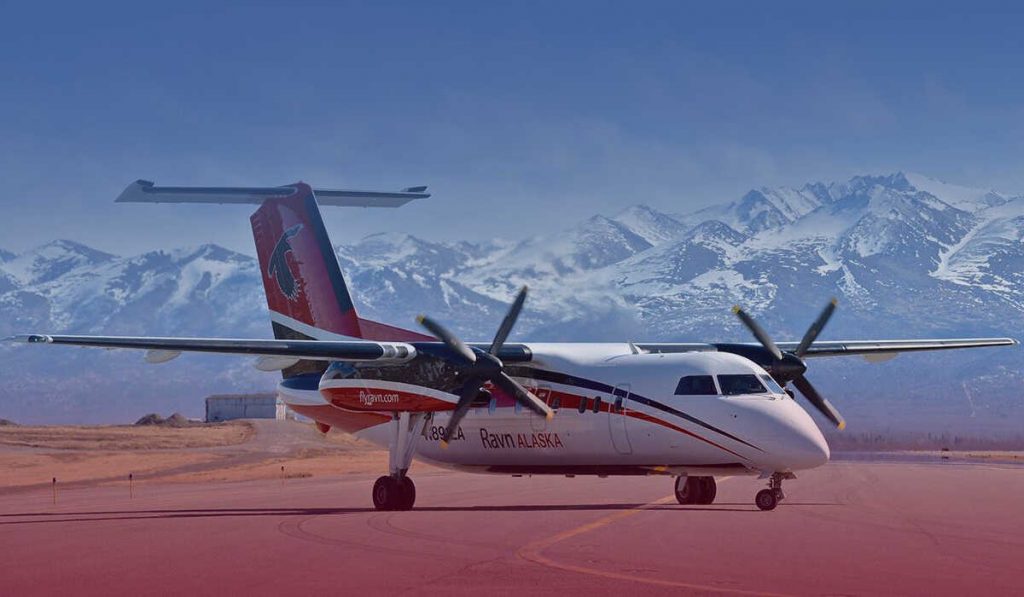 ANCHORAGE, Alaska — An Alaska airline forced to file for bankruptcy because of a severe drop in business following the coronavirus outbreak is set to return passengers to the air.

RavnAir Group was previously the largest rural carrier in Alaska, employing more than 1,300 people and serving more than 100 communities across the state.

The company halted operations in April, laid off staff and filed for bankruptcy because of the economic impact of the coronavirus. The company operated more than 400 flights daily with a fleet of 72 aircraft, but passenger traffic decreased more than 90% after the outbreak of the pandemic.

The company is now under new ownership and management.

McKinney, a pilot with experience flying in Alaska, was part of a group that acquired some of RavnAir Group’s assets in August for US$9.5 million, including several de Havilland Dash-8-100 aircraft.

Ravn Alaska has rehired more than 300 employees for the relaunch, the company said in a statement.

“There are a lot of familiar faces back at Ravn and we’re proud to rehire this crew and provide jobs to so many Alaskans that are experts in their field,” McKinney said in the statement. “They know the routes, the passengers and community needs that are critical in making the airline responsive, dependable and safe.”

The public chartered flights will be limited to four round-trips per week between Anchorage and the other communities, McKinney said Wednesday.

“It gets us in the air quicker, but on a limited basis,” he said.

For most people, the coronavirus causes mild or moderate symptoms, such as fever and cough that clear up in two to three weeks. For some _ especially older adults and people with existing health problems — it can cause more severe illness, including pneumonia, and death.