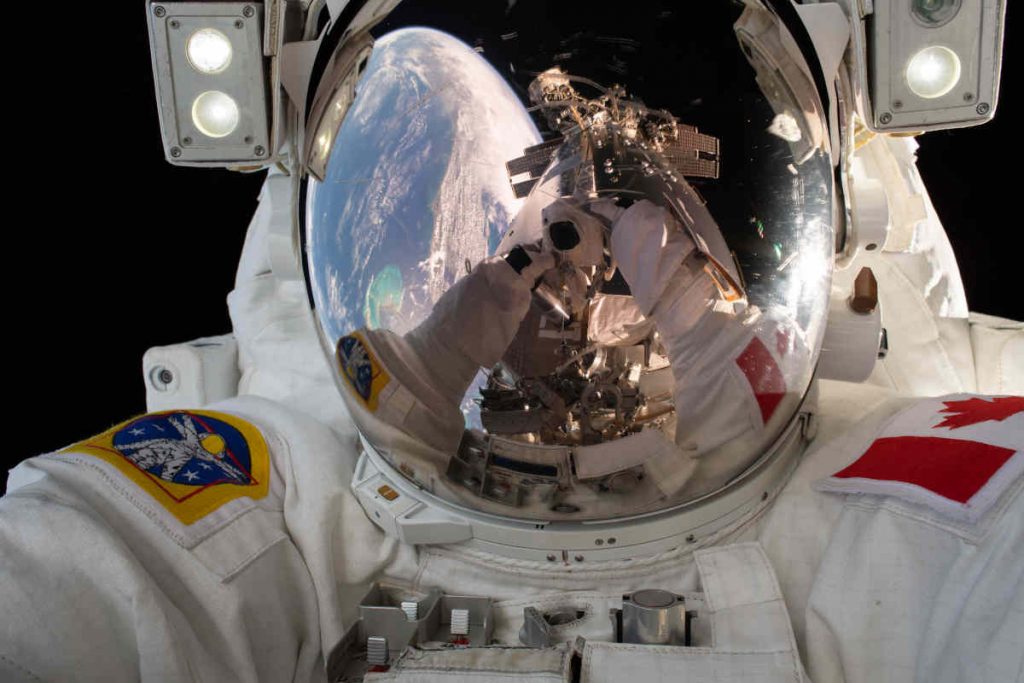 Canadian astronaut David Saint-Jacques is scheduled to begin his journey back to Earth today onboard a Soyuz MS-11. The spacecraft is expected to undock from the International Space Station (ISS) at 7:25 pm EDT and arrive in Kazakhstan at 10:47 pm EDT.

After re-entering Earth’s atmosphere about 100 kilometers above the planet surface, astronauts in a routine decent (desired angle) can experience as much as 4.5 times the force of gravity — approximately the same as a near-vertical rollercoaster. As part of Expedition 58/59, St. Jacques will share the Soyuz ride with NASA’s Anne McClain and Russia’s Oleg Kononenko. The entire event is being broadcast live on NASA TV.

The Expedition 58 crew arrived at the ISS on December 3, 2018, just as the orbiting science lab was approaching its 20-year service anniversary. After six months, St. Jacques has set a record for the longest mission in space by a Canadian astronaut at 204 days.

On April 8, 2019, Saint-Jacques became the first Canadian Space Agency (CSA) astronaut to participate in a spacewalk since Dave Williams on August 18, 2007, during Mission STS-118. It was the 216th spacewalk in the history of the ISS. Saint-Jacques and McClain spent six-and-a-half-hours outside of the ISS, during which time they relocated a battery adapter plate and connected electrical cables, establishing an alternate path of power to the Station’s robotic arm, Canadarm2. CSA explains the two astronauts also upgraded the Station’s wireless communications system and installed structural equipment in preparation for an external science platform.

Saint-Jacques also operated Canadarm2 during his time on the ISS, in addition to conducting a range of science experiments and technology demonstrations. This include what CSA describes as ground-breaking Canadian health science experiments that will make space travel safer for humans.

NASA notes, that on June 21, McClain and Saint-Jacques participated in one final study exploring behaviour, performance and cognition in space. The duo practiced grappling a cargo craft during a robotic simulation for the Behavioral Core Measures study. During the day, Saint-Jacques also recorded a science video demonstrating Newton’s second and third laws in microgravity.