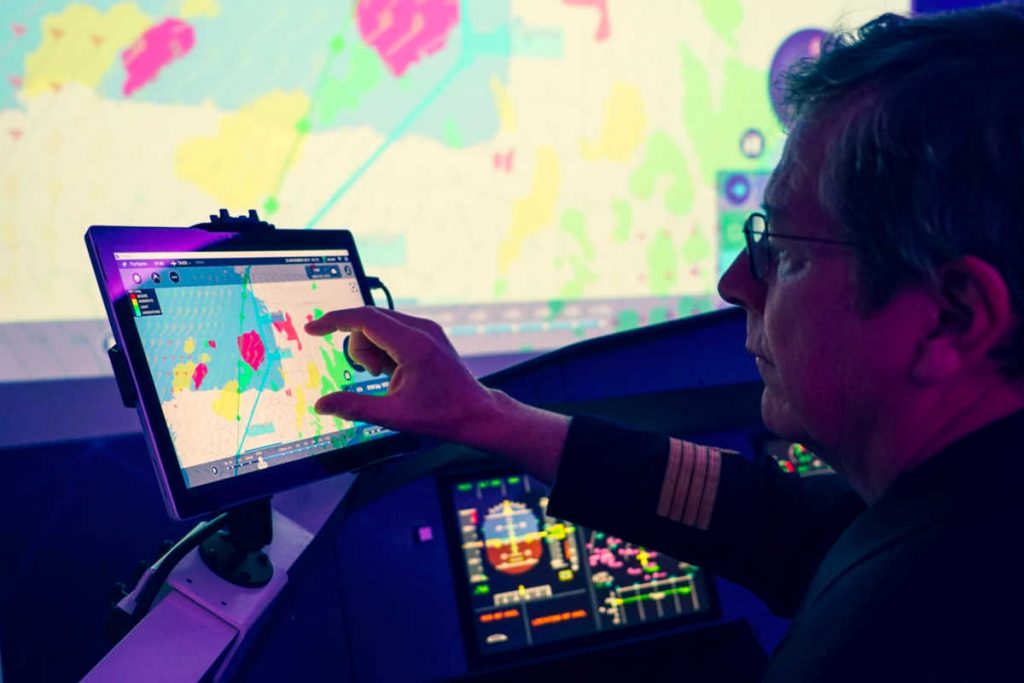 Among a range of benefits, PureFlyt is designed to calculate alternative trajectories in real time to propose or react quickly to changes of plan. (Photo: Thales)

Thales has unveiled PureFlyt designed to manage aircraft in a connected aerospace ecosystem. The company describes PureFlyt as a Flight Management System (FMS) for tomorrow’s aircraft, noting the global commercial aircraft fleet is forecast to double by 2030. In addition to the growing use of drones, Thales explains the aviation industry will be entering an era in which millions of aircraft movements are recorded each day.

PureFlyt will be available for entry into service in 2024, for both linefit and retrofit. It is designed to offer airframers and airlines a combination of safety, security, and fuel and operations efficiency. PureFlyt will allow crews to make better decisions using more sources of information, explains Thales, which should result in improved performance and reactivity to the aircraft during complex phases of flight. The technology is also designed to calculate alternative trajectories in real time to propose or react quickly to changes of plan.

Thales notes, that by providing pilots with the right information at the right time, PureFlyt will heighten trust in the computed trajectory, enhancing efficiency and reducing pilot workload throughout all flight phases.

The company states that one of the core innovations making PureFlyt a game changer in the FMS world is its ability to draw on both onboard and open-world data, such as weather information. By combining the integrity of the FMS and the agility and power of Electronic Flight Bag flight functionalities, Thales continues to explain aircraft trajectory can be permanently controlled, adapted and enhanced, resulting in optimized flight, decreased fuel consumption and improved passenger comfort.

PureFlyt was developed using Thales large-scale testing and artificial intelligence technologies to simulate two billion test cases, equivalent of 100 million actual flight hours. PureFlyt has also been designed to accommodate the implementation of concepts such as the Initial 4D (I4D) trajectory management methods currently being researched by SESAR (Single European Sky ATM Research) in the EU and NextGen in the U.S.

By increasing the accuracy of flight in four dimensions, the fourth dimension being time, Thales states PureFlyt will enable more effectiveness in maintaining optimal distance between aircraft, particularly in the demanding phases of departure and approach.