News
The power of diversification

While the Montreal region is considered the aerospace capital of Canada with Bombardier, Bell Helicopter Textron, CAE, Héroux-Devtek and Pratt & Whitney Canada as the main anchor tenants, there are other parts of the country that are playing an important role as well. 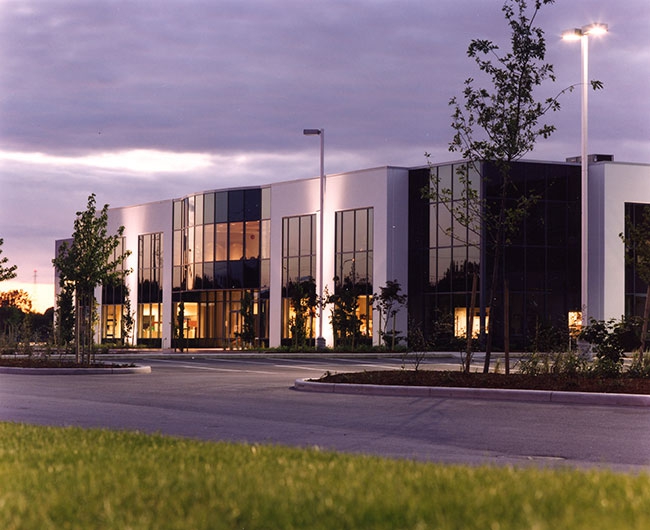 Avcorp has developed into one of Canada’s leading aerospace companies on the West Coast. While the Montreal region is considered the aerospace capital of Canada with Bombardier

A good example is Avcorp Industries of Delta, B.C., which began operations in 1955 in Richmond, B.C., as Canadian Aircraft Partners, designing and building sheet metal floats for Bombardier, Cessna and the DH6 Twin Otter.

In the 1970s, it began manufacturing the horizontal stabilizer for the Bombardier 600 Challenger and the horn assembly for the McDonnell Douglas MD-80, before diversifying into complex wing assemblies in the 1980s.

The 1990s saw other major developments, including the company going public in 1996 and changing its name to Avcorp Industries and relocating to its sprawling 354,000 square-foot manufacturing facility in Delta which employs some 400 workers and where production began on the Boeing 737 Wheel Well Fairing (WWF) and Bombardier CRJ 200 and CRJ 700 Stabilizers. Avcorp reached an important milestone in 2006 when it shipped the 1,000th shipset of the Boeing 737 WWF and has since done work for the Boeing 747, 767 and 777.

In 2001, Avcorp landed another important client when it signed an agreement to build the wing spar assemblies on Cessna’s Sovereign Corporate Business Jet and then to supply the centre wing box for the Cessna Citation CJ3 Business Jet a year later. Then, in 2004, it signed another contract with Cessna to supply the vertical and horizontal stabilizers and also snagged a multi-million dollar agreement to produce the Boeing 757-200 wing extension assembly. In 2008, Avcorp signed another agreement with Cessna to build the tail assembly for the Citation CJ4.

A year earlier, Avcorp acquired Comtek Advanced Structures of Burlington, Ont., which designs and builds advanced composite aerostructures. It also signed an agreement to become a major component supplier for the Hondajet.

The logic behind the acquisition of Comtek was quite simple, explained Avcorp senior vice-president of business development Larry Glenesk. Until the early 2000s with the sale of Avior, Avcorp had composite capabilities. But it became so busy with metal bonding, it decided to get out of conventional composites. “But then we decided we needed some kind of composite capabilities and Comtek was all out-of-autoclave which was good for certain projects we were working on,” Glenesk said.

It was around this time that Avcorp considered going after some military work to balance its civilian business, according to Glenesk. “We felt a need to diversify into defence to balance the cyclical nature of the commercial market. Their cycles are not the same and defence is less vulnerable to the economy. In addition, because the barriers to entry are higher, the margins are generally higher in defence and there are a smaller number of competitors.”

Its first military contract, signed in 2008, was to build the nose enclosure for the Boeing CH-47 Chinook, a twin-engine, tandem rotor heavy-lift helicopter. Its primary roles are troop movement, artillery placement and battlefield resupply. Then in 2010, Avcorp won a “Best Value” competition for a contract with BAE Systems to build the Lockheed Martin F-35 Carrier Variant Outboard Wing. The Outboard Wing is the foldable portion of the wing on the carrier version of the F-35 aircraft, which allows for handling and storage of the aircraft on the aircraft carrier’s deck and hangers.

The first delivery occurred in late 2011 and Avcorp expects to deliver in excess of 340 shipsets of outboard wings over 20 years, according to Glenesk.

Two years later, it signed a contract with Boeing Defence to build the prototype for a newly designed set of flight control surfaces, known as Ruddevators, for the refuelling boom on the U.S. Air Force’s KC-135 Stratotanker military aerial refuelling aircraft. “There are mor than 450 KC-135s still flying and the projected requirement is for more than 100 shipsets of Ruddevators per year for at least the next 20 years,” Glenesk said.

During the same year, Avcorp signed a contract extension with Bombardier to manufacture the horizontal stabilizer and fuel tanks for the Challenger 605 and 850 and a five-year contract renewal for the Boeing 737 WWF and Boeing 777 metal bond and flex work. And then in 2013, Avcorp signed another contract with Boeing for the production of tunnel cover assemblies (shipsets of six large and complex metal bonded access covers) for the CH-47 Chinooks. Deliveries will begin this year for the U.S. Army and could reach more than 300 shipsets, dependent upon the quantities of options exercised by the US Army and Foreign Military Sales (FMS) orders placed internationally.

Today, the company’s clients read like a who’s who of the aerospace industry with Boeing and Bombardier heading the list. It also does work for Cascade Aerospace and Conair of Abbotsford, B.C., Lockheed Martin, Fort Worth, Texas, Boeing Defence, St. Louis, Mo., IMP Aerostructures, Amherst, N.S., BAE Systems in the U.K. and Boeing Tianjin in China.

“That work is currently being done on the Lockheed assembly line, but it is more convenient and efficient to do it off aircraft,” Glenesk explained. Prior to 2008, Avcorp was 100 per cent on the commercial side. Now, defence accounts for about one-third of its revenues of $77.3 million in 2013.

Avcorp has developed into one of Canada’s leading aerospace companies on the West Coast.

“We try to get work directly or indirectly with the OEMs (original equipment manufacturers). The defence side will grow, especially as the F-35 program ramps up and we can see it reaching 40 per cent of our total business over the next three to five years,” Glenesk said. “We’d like to get to 50-50, but that will take a lot more work, especially on the strategic development side.” The F-35 program alone generated $22.6 million of revenues in 2013, a 49 per cent increase in revenues over the year ended Dec. 31, 2012.

Avcorp is also working closely with Cascade Aerospace on its Maritime Patrol and Surveillance program and with Conair on its aerial firefighting division.

“Firefighting is not prone to economic cycles and they’re continuing to grow their business in the U.S., Australia and Europe,” Glenesk noted. “We’re helping them modify their RJ-85 platform (based on the BAE-146 platform) which can carry up to 3,300 gallons of retardant, which is more than the Bombardier 415. They have modified 14 aircraft, with the potential for up to 35 more for markets worldwide.”

For Cascade, Avcorp is manufacturing most of the machine and metal bonded skins for the external fuel tanks for extra range on the Q400 platforms used in Maritime patrol. “We’re unique in Canada for complex assembly work and for a full suite of services in commercial, defence, search and rescue and surveillance. We have a three-year order backlog of $200 million at Avcorp and $45 million at Comtek.”

Boeing is by far Avcorp’s biggest client, representing about 35 per cent of its business, followed by BAE and Bombardier at 25 per cent each, with Conair and Cascade making up most of the rest. All current F-35 work is through BAES but the expanded workscope would be directly with Lockheed Martin and would eventually be approximately the same Revenues as Boeing Defence.

“The F-35 is a fantastic program from a technology and long-term value standpoint which locks us into their global supply chain,” Glenesk said. “Boeing operates with major Japanese suppliers, which offers significant promise. We are also beginning to work with European suppliers for Boeing and Airbus and directly with Airbus.”

Both Boeing and Airbus have billions of dollars in order backlogs with narrow body aircraft ramping up production and both are looking to take risk out of their supply chains through dual sourcing and Avcorp is working with both of these organizations on new B737 and new A320 manufacturing opportunities, Glenesk pointed out.

“In 2014, Boeing was producing 42 aircraft a month, which will rise to 47 by 2016, and planned to increase to 50 or higher,” he said. “The Airbus single-aisle line is up to 50 aircraft a month and projected to increase to more than 60. Airbus believes the supply chain in Europe is saturated and they are looking to North America. That opportunity for us wasn’t there two years ago.”

Because of the specialized work it does, Avcorp is contemplating moving some work to “best cost” countries in Eastern Europe, Mexico and India, but not on the military side where a lot of the work is highly confidential.

Avcorp’s Delta plant is currently operating at about two-thirds capacity. After the economic downturn in 2009, Cessna and Avcorp parted ways as Cessna was hit harder than most in the sector and had to bring work back to their large Wichita facility. But the Avcorp plant expects to replace the space occupied by Cessna with new business. “We’re making room for a new Japanese contract and another one with Lockheed Martin,” Glenesk said.

For Avcorp, it seems when one door closes, another one, or possibly two, opens.