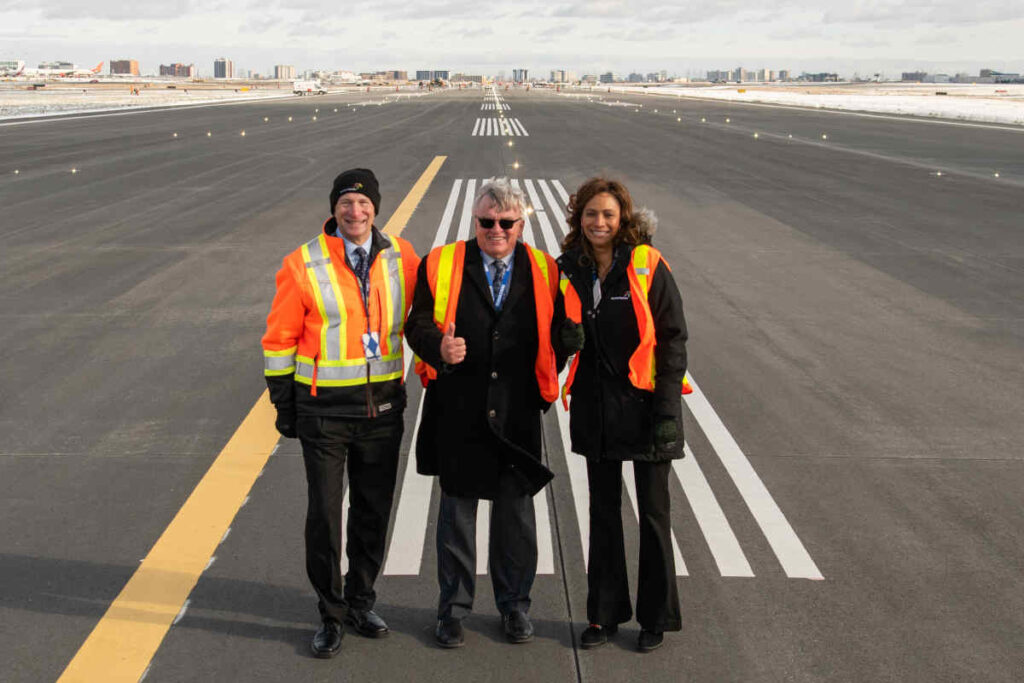 Greater Toronto Airports Authority, operator of Toronto Pearson International Airport, reopened Runway 06L/24R, the airport’s second-busiest runway, after an eight-month rehabilitation. The project is one of the largest in Pearson’s history with planning for the project beginning more than a year-and-a-half ago.

“This runway is more than a marvel of modern engineering, as amazing as it is,” said Deborah Flint, Greater Toronto Airports Authority (GTAA) President and CEO. “It paves the way for the next 30 years of YYZ stimulating Canada’s economy by facilitating trade, foreign direct investment, tourism and business.

“As the busiest airport in Canada and one of the busiest in North America, the return of this runway at Pearson Airport will keep air passengers moving safely and smoothly in and out of the GTA,” said Alghabra. The federal government’s Airport Critical Infrastructure Program funding awarded to Pearson earlier this year helped to partially funded the project.

First built in the 1960s, the 3-km 06L/24R runway needed to be fully reconstructed due to the wearing down of its concrete sub-structure, as a result of weather, use and time. GTAA notes this project extends the life of the runway by 30 years and enhances the safety of Pearson’s operations.

Pointing to some of its environmentally progressive efforts the project, GTAA explains concrete from the original runway was crushed and re-used for the new runway, while an on-site batch plant reduced the need to truck concrete to the rehabilitation site. Also, 1,800 incandescent lights are being upgraded to LED lights. Two of only three 12-foot pavers in existence in Canada were used for the rehabilitation.