News Airports
Traffic up at Thunder Bay Airport amid renovations 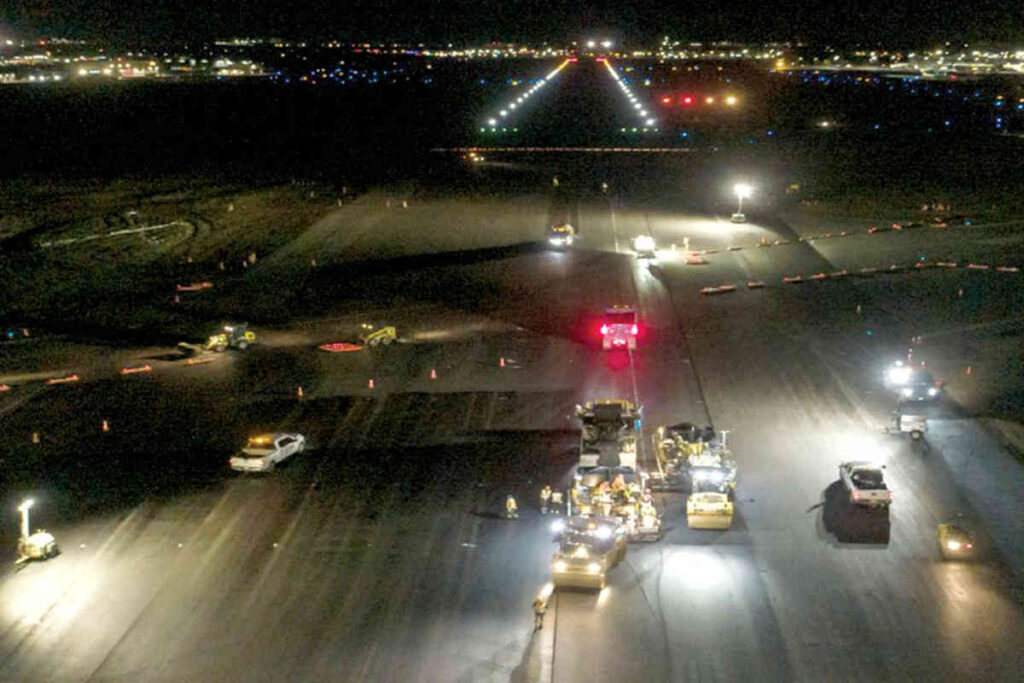 Work on the $20.4 million rehabilitation project for the main runway 725 was completed on budget two weeks ahead of schedule. Construction began May 16 for the remediation of all surfaces, storm sewers and lighting. The work was done by four local and two out-of-city contractors throughout the summer.

Airport president and chief executive officer Ed Schmidtke says the runway project was the largest scaled construction project the Airport Authority has ever undertaken and is a feat in itself, and by far their most significant achievement of 2022.

“There were many, many aspects to that job that were beyond the runway itself,” said Schmidtke. “It included replacement approach lighting, replacement of subsurface drainage and safety areas to provide a fortified ground for an aircraft should it run off the end of the runway.”

To date, Schmidtke says the airport has not “ramped up” to pre-pandemic passenger volumes and suggested they will finish 2022 at somewhere between 70 to 75 per cent volume.

“We’ll see,” he said. “We expect about the same for quarter one of 2023. But in talking with our air carrier clients, we’re very optimistic about what the summer of 2023 is going to look like for service and options for Thunder Bay.

Schmidtke added that they entered 2022 with a wave of the Omicron variant of COVID-19 that reduced travel for much of the first quarter of the year.

“We didn’t lose any services, but all the carriers are still determining the best way for their own businesses to recover from COVID,” he said.

“The services don’t look exactly the same as they did prior (to the pandemic) and we’ll see some volatility in the amount of service and timing of services through most of 2023 as they get their plans right going forward. . . . We’re looking forward to 2023 because we’re not entering the new year with Omicron or any other variants dominating our public health concerns.”

Looking to 2023, Thunder Bay International Airport benefits from the regularly scheduled service of seven different carriers. With the return of the Sunwing seasonal airline in the new year, there will be a collective of eight airlines flying into Thunder Bay. Due to the pandemic, there was no local Sunwing carrier service throughout the year.

Schmidtke says they are also excited about the return of Flair Airlines.

“They’ve already published a schedule that will see daily trips to Toronto over the summer months and they will introduce service to Ottawa. So that’s already a really good start given that we’re not even in 2023 yet,” he said.

In the new year, Schmidtke says they will be spending a fair amount of time and effort on improving the energy efficiency inside their buildings.

“We’re still going to have a small amount of construction work that’s going to be completed in 2023,” he said. “On the runway work, we got about 97 per cent complete.”

Regular discussions with carriers will continue to maximize the options available to Thunder Bay by the summer of 2023.

As for the looming possibility of a recession, Schmidtke says recessions affect discretionary spending.

“And to that extent that people consider air travel discretionary, we are concerned about that.”