“There really is no more time to waste.” 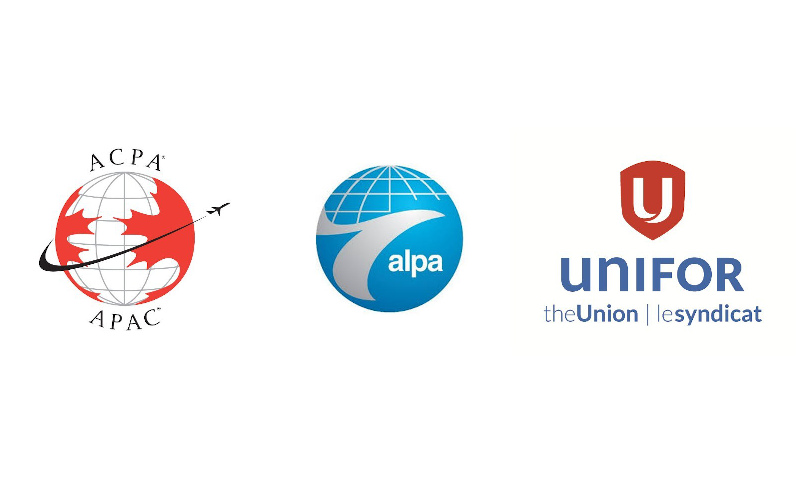 Union leaders from Unifor, ACPA and ALPA explain the urgency for federal and provincial support before damage to the aviation sector becomes permanent. (Image: CNW Group)

Three primary Canadian union leaders representing tens of thousands of skilled workers in the country’s aviation industry today issued a statement calling on the Trudeau government to take what they collectively describe as urgent, concrete steps to prevent permanent, long-lasting damage to the aviation sector by providing direct support.

In addition to Federal action, the three union leaders are also asking for Provincial governments to take immediate steps to provide direct financial support to the sector and to approve rapid testing. The union leaders note the science-based approval and deployment of rapid tests for COVID-19 will help facilitate the eventual safe return to air travel.

“Canada needs to step up and support its industry like most other countries,” said Dias of Unifor. “There really is no more time to waste. We need urgent funds for the aviation sector or there won’t be Canadian airlines, and that will cost us all much more.”

Canada remains one of a few countries, whose economy holds a measurable and developed aviation industry, that has not provided direct financial support to its primary airlines; and earlier measures for airports such as waiving Federal ground lease rents does not provide significant releif.

The union statement notes the COVID-19 pandemic has led Canadian airlines to adopt drastic survival measures to deal with a drop in demand and international and inter-provincial restrictions – and recovery may be years away. In addition to primary airlines, the three union leaders point to the closure of many businesses supporting the aviation sector, in addition to significant layoffs or furloughed workers by Canadian airlines and airports of all sizes. Reductions at Air Canada and WestJet alone, notes the union statement, have led to approximately 30,000 lost jobs.

“We need to ensure a strong Canadian airline industry to drive our economy – not just today but for the long-haul,” said Giguere of ACPA. “We don’t want to see Canada’s pandemic recovery stifled by inaction now, forcing us to rebuild this critical sector and harming Canada’s competitiveness and future growth.”

“The aviation sector is part of Canada’s national strategic infrastructure,” said Perry of ALPA Canada. “Airlines and airports are essential not just to the Canadian economy, but to the Canadian communities that rely on them.”

The union leaders note, that seven months into the management of the pandemic, Canada’s government has failed to deliver the required level of industry support. They have called for $7 billion of direct financial support which would include, as described in the union leaders’ statement:

• A combination of loan guarantees, as well as direct financial aid tied to the resumption and/or maintenance of air services, commensurate to the impact on the industry and consistent with the support extended by other countries; and

• Funding dedicated to developing an evolving quarantine and testing plan that aligns with science and ensures safety.