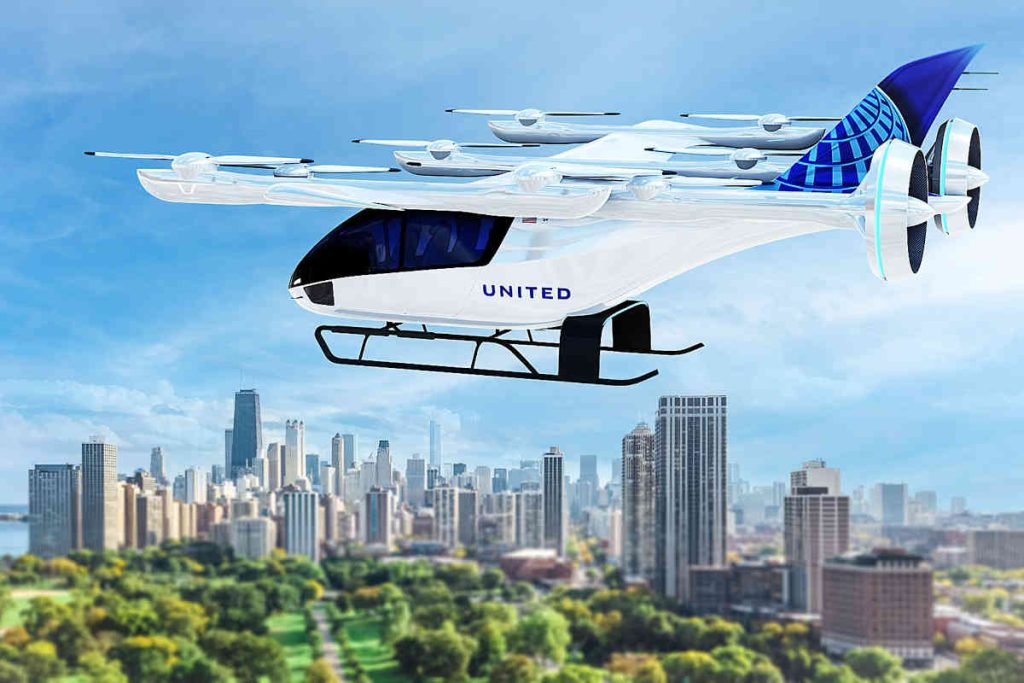 United said it expects to receive the first taxis _ which will take off and land vertically, like helicopters _ from Eve Air Mobility as soon as 2026. (Image: Embraer)

DALLAS (AP) — United Airlines thinks that in a few years, plenty of big-city customers will pay $100 or more for a one-way ride to the airport in a four-seat, electric-powered air taxi.

The Chicago-based airline said Thursday that it invested US$15 million in a startup manufacturer, and signed a “conditional” agreement to buy 200 of the tiny aircraft with options for 200 more.

United said it expects to receive the first taxis — which will take off and land vertically, like helicopters — from Eve Air Mobility as soon as 2026.

It’s hard to judge United’s commitment to the deal, since it wouldn’t provide terms for the order. A spokesman said the conditions are standard when buying an aircraft that hasn’t been certified by regulators, and they cover “a number of United’s business objectives.”

The stake in Eve amounts to less than 5% of United’s second-quarter profit.

But the deal fits United’s pattern of announcing interest in startups that are trying to build and win regulatory approval for air taxis, like Archer, and supersonic planes, like Boom.

Mike Leskinen, president of United’s venture-funding arm, said the eVTOLs — electric vertical takeoff and landing aircraft — will be ideally suited for traffic-clogged cities where United flies, including New York, Chicago and San Francisco. He said air taxis will be faster than driving to the airport and produce fewer emissions, and trips will cost $100 to $150 each way.

“It will take time for consumers to adopt this. People are going to have some hesitancy at first,” Leskinen said. “It will feel a lot similar to a helicopter ride, it might be scary for some, but this is going to change the way we work and live.”

The Eve aircraft is envisioned to have a range of 40 to 60 miles (65 to 100 kilometers). Future designs might be slightly bigger than the currently planned four-seater, but they would not replace any planes that United flies from one airport to another, so they won’t reduce carbon emissions produced by the airline’s regular fleet.

Eve Holding Inc. is a publicly traded company formed this year by a combination of a special purpose acquisition company called Zanite and a unit of Brazilian aircraft manufacturer Embraer. It is based in Melbourne, Florida.